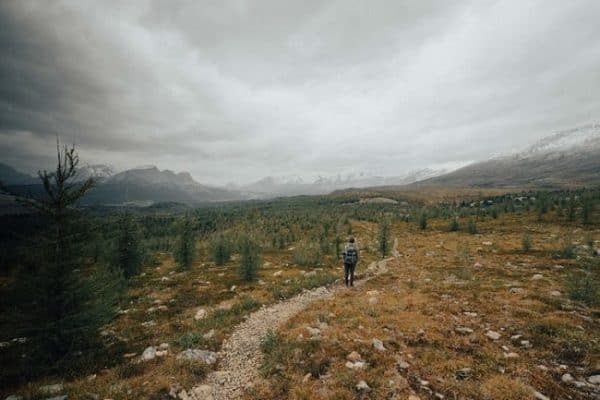 Years ago, Mrs. T and I spent two weeks in Italy for our honeymoon. When we were planning the trip, we wanted to spend four or five days in the Tuscany region. Since both of us loved cooking, we thought that participating in Italian cooking classes while in Tuscany would be really cool. When we booked our trip and started looking around for cooking classes, we quickly found out how expensive these classes were. For example, the hotel that we were staying at offered cooking classes for around $100 CAD per person. The local classes were just as expensive. Although we really wanted to take a class, the price tag was simply too high.

“We’ll do it next time,” we told ourselves.

More than eight years later, we haven’t been back to Italy, and we have no idea when we will go back to Italy. That “next time” has yet to happen. (Given what’s going on in Italy due to COVID-19, it might be a while until we consider going back.)

When we originally started our financial independence journey, we had cut out many discretionary expenses including some rare occurring experiences such as concerts, travel attractions, culinary experiences, etc. We kept telling ourselves: “We’ll do it next time.”

We were focusing on saving every single dollar. Because of that, Mrs. T and I got into a number of arguments on some discretionary expenses. After many arguments, I realized this wasn’t what I wanted. I wanted us to be happy along our financial independence journey.

What Mrs. T and I have realized is that “next time” may never come. As a result, we missed out on many opportunities that may never happen again. We ended up regretting these “cheap out” decisions. Looking back, spending $200 CAD for a memorable Italian cooking class would have been an amazing experience that we would both remember for the rest of our lives.

What I realized is that we really need to cherish the moment and take up the opportunities presented. We also realized that having the experiences now (and experiencing some with our kids) will most likely be entirely different when we are in our 50s, 60s, or older, and when the kids are teenagers or adults. What we have learned is to save money for the future but also prioritize spending money to enjoy the present moment and to gain the once-in-a-lifetime type of experiences.

When we visited New York City last summer, we decided to live by this model. We spent the money to get memorable experiences—we went to restaurants owned by celebrity chefs, all four of us went up the One World Trade Centre, Mrs. T and I went to see Chicago, we took the kids to Intrepid Sea, Air & Space Museum, we took the hop-on-hop-off buses, etc. We didn’t use the “next time” excuses. Instead, we soaked up as many experiences as we could while in NYC while at the same time still being budget-conscious. How? When we went to restaurants owned by celebrity chefs, we went to lower-tier restaurants and got dishes to share, rather than everyone having a three-course meal. We tried to walk as much as possible rather than relying on the subway.

When Mrs. T found out about the Milk Bar baking classes, I encouraged her to go when we were in New York. To keep her company, we asked my cousin’s wife if she was interested (we told her we’d pay for the class). Mrs. T and my cousin’s wife had a fabulous time at the class and each took back over $100 USD worth of treats! While the two ladies were gone, the kids and I were able to hang out with my cousin. A win-win for everyone. If we were to wait until next time when we visit New York, the experience would have been entirely different. The kids would be older (probably wouldn’t want to spend time hanging out with their dad and uncle), and my cousin and his wife may have a kid or two.

Similarly, Mrs. T and I went to Pink and Elton John concerts last year that we wouldn’t have gone otherwise. We spent a lot of money on these tickets but when I look back, I truly believe they were money well spent. My parents were able to look after both kids for the night to allow Mrs. T and I to go out, reconnect, and enjoy ourselves. We are very grateful and fortunate to get childcare help from my parents.

Earlier this year, Tool announced a show in Vancouver. After waiting for over 13 years to see them live again, I did not hesitate to spend over $300 for two tickets. $300 is a lot of money but I didn’t want to tell myself “I’ll see them next time.” Who knows the next time Tool will come to town? The band could break up and I would never have the chance to enjoy their music live again.

Years ago, it would have been easy to simply convince myself to stop spending the money, use the most dangerous phrase, also known as “we’ll do it next time”, as an excuse and call it the day. But we are more knowledgeable now and we know how to take a more balanced approach as we work our way toward financial independence.

Dear readers, do you use the most dangerous phrase often? Has your mindset changed since you started your financial independence journey?

30 thoughts on “The most dangerous phrase”