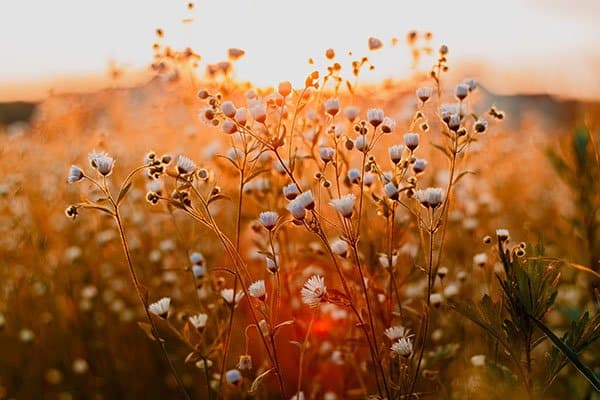 “Hmm what the heck did I get myself into?” I thought to myself while walking toward GM Place in downtown Vancouver.

Being uncomfortable in a new surrounding

It was Nov 7, 2001. All around me, many people were dressed in black clothing, some even were in gothic style clothing with scary makeup on. As I got closer and closer to GM Place, I could smell cigarettes and weed. I was feeling a bit intimidated.

I had been looking forward to this date for a couple of months. Tool was playing that night in GM Place and I was about to go to my very first stadium concert, seeing Tool for the first time. Back in May that same year, while on a grade 12 jazz band trip in Ottawa, a bunch of friends and I discovered Tool. The band had just released their album called Lateralus. As teenagers, we were immediately hooked. Tool’s music was so different than what we had heard previously. As band nerds, we were fascinated with the different time signatures, the complicated guitar and bass riffs, the sophisticated drumming, and the deep meaningful lyrics. We devoured Lateralus quickly and went on to listen to Tool’s other albums. We were hooked, we all became Tool fans. Tool became one of our common bonds.

So on that November evening, I walked in the concert not knowing what to expect. I walked out of the concert that night with my mind completely blown. The live show was everything than I could have imagined and more. Unlike the few concerts I went to, Tool band members only said a few words throughout the show. Although a rock band, no mosh pit was formed (it was forbidden by the band. And real Tool fans would not mosh to Tool music, they’d respect the music). Everyone at the concert was respectful of each other. We swayed back and forth to the beats and rocked out to the live music. There was a sense of appreciation and comradery. There was also a mysterious feel to the band. In fact, the main singer, Maynard, hid in the shadows the entire concert. I only spotted him almost toward the end of the show and realized that he was covered in blue paint (later I was told by another fan that he was wearing a full leather outfit earlier in the show).

Yea… Tool is weird and that’s why they are so special.

After Lateralus, Tool didn’t release another album until Apr 2006, right before my university graduation. Just like back in 2001, I listened to the new album called 10,000 Days intensely and went to the concert shortly after.

Since then, Tool has gone completely radio silent when it came to releasing a new album.

The running joke among Tool fans is that the band is waiting for another 10,000 Days (over 27 years) to pass before releasing a new album. And that our grandparents’ grandparents were kids when Tool released 10,000 Days.

The long wait was finally over earlier this month. Tool released a new single on Aug 7 and the new album is set to release tomorrow, Aug 30. It will be 4872 days or a little bit over 13 years and 4 months between the two albums.

13 years and 4 months was a long time to wait for something.

Feeling frustrated with the lack of progress

By now, you are probably scratching your head and wondering why am I writing about Tool. What’s the purpose and connection to financial independence?

Well, to be completely honest, lately I have been feeling a bit frustrated and flustered when it comes to earning enough dividend income to cover our expenses. Although we have been getting over $1,900 in dividend income each month, from time to time, I feel that our progress is too slow. The other day, I expressed this frustration to Mrs. T, stating that we should optimize our expenses more.

“I feel that we are wasting money and not optimizing on many expenses. We could save more money to put that money toward investing in stocks.”

“Wouldn’t it be cool if we can earn enough dividend income to cover our expenses before I turn 40?”

Later, as I was reflecting on what I said, I realized that I had contradicted what I have been writing on the blog.

It’s certainly easy to write and talk about it. It is damn hard to practice what you preach sometimes.

While listening to the latest Tool single and waiting for the album to come out, I had an aha moment.

Waiting Fear Inoculum all these years is just like waiting to become financially independent!

I have been waiting for the new album for over 13 years. It was a long wait but that’s why as I listened to the new single the morning of Aug 7 for the very first time, I had goosebumps all over my arm. I was excited, I was nervous, I was elated, and I was grateful. A mixed feeling consumed me that morning. I knew the long wait was about to end and had no problem waiting for a few more weeks for the full album to finally come out. As I listened to the new single multiple times over the next few couple of days and other Tool songs, I realized something – I have been waiting for so long, waiting for a few more weeks won’t matter that much in the grand scheme of things.

I also realized that over the last 13 years, I grew a bit wiser. I went from a fresh university grad to marrying a loving woman and now a dad with two children. My job title has changed a few times, going from a junior engineer to a senior product manager. I went from having no dividend income to over $1,900 in dividend income per month.

A lot can happen in 13 years. And time has made me a better and more well rounded person.

And it’s this long journey that makes us improve, makes us think, makes us question about our lives, and makes us enjoy the finer things of life.

How can we expedite our financial independence journey?

Easy. We can save more.

There’s no denying that we can save a lot more than what we do today!

But when I stepped back and looked at the bigger picture, I realized that we don’t actually spend that much money. We rarely buy new clothes. We haven’t had a TV or cable subscription for close to 10 years. We don’t eat out often. We don’t buy fancy gadgets. We don’t buy fancy jewelry. The list goes on.

For things like vacations and other experiences, we are only spending money on these things once in a while. It’s not like we go on vacation every single week. That’s not us.

Yes, we do have leaks in our budget. But I realized, it is OK.

To fix the leaks means we would be living at extreme frugality. We would be eliminating things that bring joy to our lives.

Life is complicated and that’s the beauty of it

The thing is, deprivation is not sustainable in the long run. I have realized this key point a long time ago. If we go through our daily lives without joy, then what’s the point? What’s the point of becoming financially independent a year or two faster but having to deprive ourselves? Life is too short to live in constant deprivation. Getting to financial independence faster, therefore, is probably not worth it. Furthermore, a longer FI journey will allow us to be more appreciative of the journey and really celebrate when we finally reach FI.

Similarly, what if Tool releases a new album every single year? Tool fans like me probably will not appreciate Tool as much. And let’s be realistic here, if Tool were to pump out new music every year, the quality of their music most likely will start to suck. Afterall, I enjoy Tool music because it’s so different than the songs you typically hear on the radio. Tool songs are sophisticated and LONG and that’s what makes them extra special (according to the band, the new album will be around 85 minute with only 7 songs).

When it comes to financial independence, the math is simple. But as I step back and reflect once again, I realized there are so much more than just math to consider. We have to consider things like happiness, joy, emotion, psychology, physical and mental well-being, and many more.

If life were just about math, everything would be simple.

But life is complicated. And that’s what makes life so interesting!

During my frustration, I had forgotten about these key points. I have been focused on our slow FI progress, probably triggered due to some frustrations I have had with work here and there. But after being in the same company for over ⅓ of my life, I had forgotten that frustrations come and go. Work is work, it doesn’t define who I am or dictate what I do with my life.

I need to focus on what makes me happy in this life.

Some cool stuff about Tool

In case you’re wondering, what makes Tool music so fascinating. Here are a few examples:

Here’s an analysis of what makes Schism great

And finally if you’re wondering why Tool has such unique song, this can be contributed to the crazy guitar techniques used: