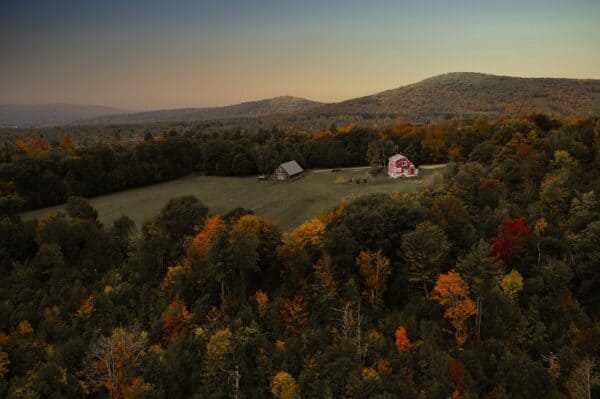 Thanks to higher demands and supply shortages, oil prices and oil-related stocks have gone for a nice run over the last year and a half. Despite this run, I continue to believe that renewable energy is the future. Climate change is real and happening. Therefore, it is vital for us to put more emphasis on developing and using renewable energy and do some good for the planet.

While we are still in the early stage of green and renewable energy adoption, it makes a lot of sense to hold renewable energy stocks in your investment portfolio and take advantage of the continued innovations in this sector.

Here are my top 5 picks for the best Canadian renewable energy stocks.

What is a renewable energy stock?

Some examples of renewable energy include solar, wind, geothermal, hydropower, tidal, biomass, and liquid biofuels. Please note that biomass can only be considered renewable energy if its rate of consumption does not exceed the rate of regeneration.

On the flip side, fossil fuels are not considered renewable energy because there’s a finite amount and they cannot be easily replenished.

Why invest in renewable energy stocks

So why invest in renewable energy stocks?

To be considered as one of the best Canadian renewable energy stocks, my selection criteria is that the company must produce most of its energy via clean and renewable sources.

Here are my picks for the best Canadian renewable energy stocks.

BEP is an experienced global owner and operator of wind, solar, distributed generation, and storage facilities. The company’s investment objective is to deliver long-term annualized total returns of 12%–15%, including annual distribution increases of 5–9% from organic cash flow growth and project development.

It has an established track record of creating value by prudently acquiring, building and financing assets, and actively managing its operations.

I like Brookfield Renewable Partners because I think there is a lot of future growth in the renewable space. The share price has dropped quite a bit in the last few years so this may provide long term investors with a good opportunity to purchase shares at a discount.

Some people might not be convinced about Brookfield Renewable because of the level of debt. Can the management keep their debt level under control, especially given the current environment of rising interest rates?

Well, since Brookfield Renewable is a subset of the Brookfield Asset Management empire, I am convinced that BAM will always take care of BEP and its investors.

For those dividend investors that want to get paid every month, TransAlta pays monthly dividends and the yield is very attractive. One key thing to keep in mind is that RNW hasn’t had a solid track record when it comes to growing its dividends consistently.

In fact, the last time RNW raised dividends was back in early 2016. Therefore, I’d consider RNW as one of the high dividend yield, low dividend growth stocks.

Boralex is pretty small compared to the likes of AQN and BEP. Based in Quebec, Boralex has been providing affordable renewable energy for over 30 years. It is one of the leaders in the Canadian market and France’s largest independent producer of onshore wind power. Boralex also has facilities in the US and development projects in the UK.

Boralex is known for developing small and mid-sized projects and has major cash flows from long-term contracts. Furthermore, the company has limited exposure to the rising interest rates because Boralex has secured fixed long-term rates times to contract maturity.

The company’s facilities procure electricity from clean-burning natural gas and renewable resources such as wind, solar, and efficient natural gas. Unlike many renewable companies, Northland Power is one of the few Canadian utility companies that pay a monthly dividend.

The company currently has a well-diversified portfolio with over 3 GW of operating capacity. The company has a target of reaching 4–5 GW of renewable energy capacity by 2030. Although the dividend payout increase has not been great, the stock price has been on an impressive run over the past number of years.

“Canadian Solar was founded in 2001 in Canada and is one of the world’s largest solar technology and renewable energy companies. It is a leading manufacturer of solar photovoltaic modules, provider of solar energy and battery storage solutions, and developer of utility-scale solar power and battery storage projects with a geographically diversified pipeline in various stages of development. Over the past 21 years, Canadian Solar has successfully delivered around 71 GW of premium-quality, solar photovoltaic modules to customers across the world. Likewise, since entering the project development business in 2010, Canadian Solar has developed, built and connected over 6.6 GWp in over 20 countries across the world. Currently, the Company has 800 MWp of projects in operation, 5.3 GWp of projects under construction or in backlog (late-stage), and an additional 18.5 GWp of projects in pipeline (mid- to early- stage). Canadian Solar is one of the most bankable companies in the solar and renewable energy industry, having been publicly listed on the NASDAQ since 2006.” For additional information about the Company, follow Canadian Solar on LinkedIn or visit www.canadiansolar.com.”

Just like all stocks in the renewable sector, CSIQ has seen its share price drop throughout 2022. This shouldn’t be a concern for investors as this appears to be a sector-wide trend.

In Q2 2022, CSIQ had the following financial highlights:

Overall, I think the company is doing well. However, one thing to keep in mind is that CSIQ does not currently pay dividends so this isn’t your typical income generating renewable utility company.

The Canadian renewable energy space is still relatively small and we should see further future growth. I’m convinced the renewable energy sector has a promising future. This is why over the last few years, we have been busy buying more shares of Algonquin and Brookfield Renewable.

I think both of these companies have a very bright future ahead of them. The renewable energy sector has faced a bit of headwind throughout 2021 and 2022, which has provided some great entry points for dividend investors.

Dear readers, do you own any renewable energy stocks in your portfolio?

Here are some articles you might want to check out: