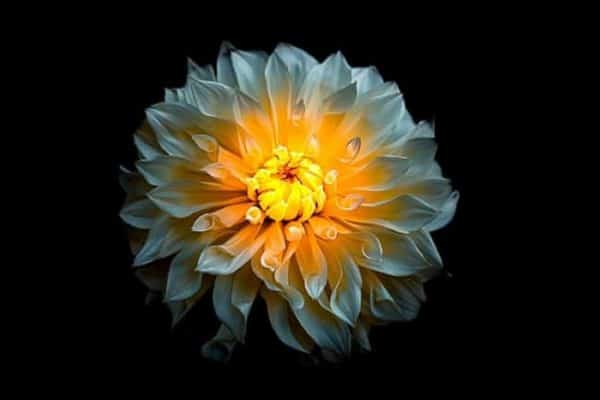 Over the last 14 years, there have been good times and some tough times which meant the company has gone through many rounds of layoffs. Fortunately, I have survived these layoffs so far.

Recently, the company went through another major change. It started off with the closure of a couple of offices to centralize engineering work at one location. A few months after these office closure announcements, another major organizational restructuring was announced. In this announcement, many people, including senior executives, were let go. The result of these three announcements is that a total of 250 positions were eliminated, approximately 20% of the company’s workforce.

More job eliminations are expected over the next few months, so overall, the morale is low. People are scared, especially given the current job market due to COVID-19. While I should remain safe (knock on wood), it has been extremely difficult to see co-workers that I’ve worked with for years to be let go. Some of them I have worked for as long as I have been with the company and some of them I’ve looked up to as mentors. Unfortunately, it’s not just 250 people that lost their jobs, it’s 250 people and their families that are affected by all these announcements.

The other night, after both kids were asleep, Mrs. T and I were sitting down on the couch, having hygge. She then asked me what I feel and what we would do if I were one of the people affected.

After a bit of reflection, below are some of my thoughts. I still enjoy what I do at my job and I enjoy the people that I work with, but I believe that having alternatives are more important than ever. And this is why I truly believe that financial independence is so powerful and empowering.

There’s no such thing as a secured job

This is true despite whether or not you have a very specialized job function or not. Everyone can get fired. Heck, even a CEO can get canned and I certainly experienced this at my company. One day an email came out stating that the CEO had decided to step down effective immediately. It didn’t take a rocket scientist to figure out that “stepping down” was a polite term for “fired.” Ah, gotta love these work euphemism terms right?

So, I have always continued to update my resume and LinkedIn profile just to cover my basis. Occasionally I would look around for job postings to see what the job market is like and if there are any interesting jobs available.

Since a secured job doesn’t truly exist, it certainly doesn’t hurt to look around and keep my options open. I’ve learned to take charge of my own job situation and my own “employability” rather than relying on your employer to take care of you.

Open the door for new opportunities?

A few years ago, after a few rounds of layoffs, I finally came to terms with what was going on and stopped being so scared of these cutback announcements. I figured, if it was my turn, then it was time, and I would have had a good run with the company.

Sadly, often than not, it comes down to the numbers rather than what you have accomplished. So, if the company were to decide to let me go, there’s nothing I could do to convince them otherwise.

Rather than looking at the negatives, Mrs. T and I decided to be optimistic and look at the positives.

So, what would happen if I were to let go?

Well, maybe it would provide a great opportunity for us to travel around the world (assuming we could travel safely again)? The kids have been sold on the idea of exploring the world. I’m a true believer that one can learn a lot of valuable knowledge from travelling and seeing the world. And if travelling around the world is not a possibility, maybe that’d allow us to explore Canada or even throughout British Columbia.

Perhaps it would also provide an opportunity for me to stay at home full time and allow Mrs. T to focus on her holistic doula business. After all, being a doula means a very unpredictable schedule and requires me to be at home to look after the kids whenever her clients are giving birth.

Without a full-time job to “tie” me down, the potential opportunities are endless. This, in itself, is actually quite exciting!

We probably will end the year with around $27,000 in dividend income. If we convert the US dividend amount that we receive to the Canadian dollar, we might be close to $30,000. At $30,000 of dividend income, it’s not quite enough to cover our annual expenses. We can probably cut a few expenses to get closer to the $30k number but that certainly wouldn’t leave us with too much wiggle room. If we were to relocate to a place with a lower cost of living, living off dividends might be a possibility, although ideally, I’d like to create a bit of buffer to create some margin of safety.

Perhaps the solution is part-time income? If we could bring in another $15,000 in part-time income, maybe that’d be sufficient for us? This would go hand-in-hand with the idea of focusing more time on our part-time businesses as mentioned earlier…

Financial independence and beyond

I’m more and more convinced that starting our financial independence journey nine years ago was one of the best decisions we’ve made. Becoming financially independent, meaning having enough dividend income to sustain our expenses, would be fantastic. At the same time, Mrs. T and I keep reminding ourselves that we need to be open to opportunities and be flexible.

The thing is, I’d rather not look for another job if I don’t have to. So, the idea of staying with the company for as long as possible and quit once we’re financially independent sounds just fine to me – and if we are close to financial independence and I happened to get fired, then it might be the kick in the pants that we needed to jump into the financial independence retire early world.

16 thoughts on “Why financial independence is more important than ever”