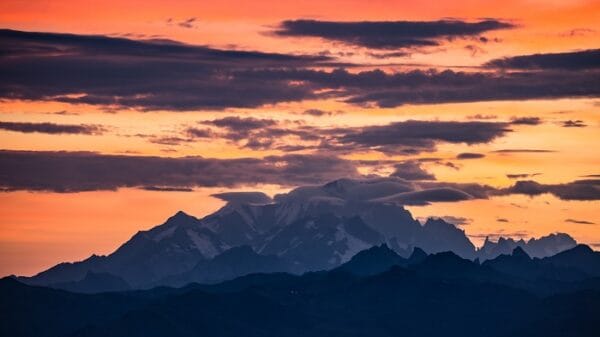 Wow, it’s hard to believe it’s September already, summer is in the rearview mirror, and our kids are back in school. I guess that’s what happens when you’re having fun.

As usual, before we dive into the actual monthly dividend income update, I’ll share some life updates with pictures. There might be more pictures than usual so I do want to apologize if there are too many. 🙂

In early August we continued harvesting produce from our backyard garden.

Per my Q1 goals and resolutions update, we booked a vacation to the Maritime provinces back in March. So in mid-August, we stepped foot on a plane for the first time since early 2020 and spent about 2.5 weeks in Nova Scotia, New Brunswick, and PEI.

We spent three days on Cabot Trail and explored the beautiful trail. We were glad that we took our time and probably could have spent more time on Cabot Trail.

We then spent two nights in Moncton to check out the beautiful Hopewell Rocks at low tide and the surrounding area. Both kids got really muddy that day…

One night in Moncton I made the mistake of ordering about 80 pieces of sushi after having some yam tempura and yakisoba. Not sure what I was thinking! Needless to say, we didn’t finish and had to pack up leftovers for lunch the next day.

Our favourite part of the vacation was spending time on PEI and exploring the island. People were extremely friendly and we had a lot of fabulous food. Our favourite restaurants on PEI were The Mill in New Glasgow and The Blue Mussel Cafe in North Rustico Harbour.

Both kids also loved Butterfly House and Cavendish Beach. We ended up spending two days on the beach and even went in the ocean for a swim.

We then ended the trip in Halifax by exploring the city on foot for five days. We really liked Halifax Citadel.

Considering how much we’ve enjoyed the Maritimes, I’m completely heartbroken to see the damages tropical storm Fiona has caused in the region.

Phew, that was a lot of pictures! Back to dividend income update shall we? In August 2022, we received dividends from the following companies:

The dividend payments from 18 different companies added up to $2,783.72. August’s dividend income was higher than expected thanks to CNQ’s special dividend of $1.50 per share.

Historically, August has been one of the weaker dividend months for us, mostly because not as many companies pay dividends in August, per the Canadian dividend calendar. Therefore, it was nice to see that we had a YoY increase of 56.72%! Holy cow!!!! This marked the highest YoY increase we’ve seen so far in 2022. Crazy eh?

Out of the $2,783.72 received, $461.44 was in USD and the remaining $2,322.28 was in CAD or roughly a 20-80 split. Long time readers will remember that we do not convert USD to CAD when reporting our dividend income. We are doing this to keep the math easy and to avoid fluctuations in our monthly dividend income caused by changes in the exchange rate.

The top five dividend payers in August were Omega Healthcare, Bank of Montreal, Canadian Natural Resources, National Bank, and Royal Bank (not in order). Dividend payments from these five companies added up to $1,999.81 and accounted for 71.8% of our August dividend income.

We made some dividend transactions in early August, just before our vacation.

First of all, we decided to close out our positions in Rogers (RCI.B) and European Residential REIT (ERE.UN). Both companies haven’t done much in terms of the share price over the last year. Rogers has faced a lot of headwinds in the past year. As the company continues to struggle, I believe our money can be better invested in the likes of Telus and BCE.

For European Residential REIT, as I wrote in the reviewing every dividend transaction between 2020 – 2022 post: “We wanted to buy a smaller REIT thinking it might get acquired by a bigger REIT later, just as what happened with Pure Industrial REIT. So far ERE.UN hasn’t done all that great in terms of share price performance. It was a mistake for us to purchase the stock, as we looked too far ahead, and thought that we might profit from a potential acquisition.” With the stock price not doing much, I decided to sell ERE.UN and reinvest the money elsewhere.

Since we don’t like a decrease in dividend income, we used the money from these transactions and some new cash to purchase the following dividend paying stocks:

These two purchases added $1,030.52 toward our annual dividend.

We purchased more Bank of Montreal because it was slightly underweight compared to the rest of the five Canadian banks we own. Ideally, we want roughly equal weighting for all six banks.

After getting rid of Rogers, our portfolio exposure to the telecommunication sector was a bit lower than desired, so we added more BCE shares to increase the exposure.

We now own 49 individual dividend stocks and 1 index ETF. I’ll be the first one to admit that 49 individual stocks are probably still too many. It would be nice to drop that number to around 40 in the near future. Which stocks should we consider selling? Some candidates include Intel, Dream Industrial REIT, Hydro One, and Magna International. But we don’t have to make that decision right away.

The selling and buying of different stocks meant we added a total of $531.52 toward our annual dividend income. At a 4% yield that’s the equivalent of adding $13,288.

By dripping shares every quarter or every month, we keep many of our holdings on auto-pilot. We drip additional shares when the share price is low and dollar cost average through time; when the market is high and we can’t drip, we would take the money and reinvest it elsewhere.

In August we dripped the following shares commission free:

I’ll be talking more about DRIP at the Canadian Financial Summit in October. Please stay tuned for more details.

It has been a few quiet months on the dividend raise front. That trend continued in August, unfortunately. The only company that announced a dividend hike in August was Canadian Power Corp. The CPX board announced a 6% dividend increase which resulted in an increase in $19.63 of dividend income for us.

After eight months our dividend portfolio has generated a total of $27,957.54 in dividend income. In the same time frame last year, we only received $20,109.65, so we have seen an impressive YoY increase of over 39%!

Our simple strategy of living below our means, earning more money, increasing our savings gap, investing regularly, and taking advantage of compounding is working very well!

By end of September, I have no doubt that our dividend income will surpass the $30,912.20 we received last year.

To put our dividend income into perspective:

Dear readers, how was your August dividend income?