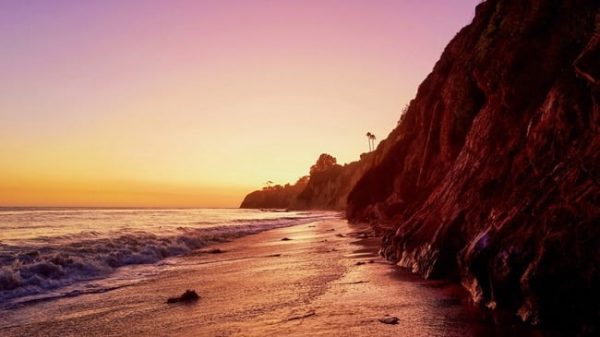 When I learned that FinCon’20 will be at Long Beach, California, my first thought was that this would be the perfect opportunity to go to Disneyland with Mrs. T and the kids the week after FinCon.

I pitched the idea to Mrs. T and she was totally up for it. Back in 2015, we had a great time at Disney Sea in Tokyo when Baby T1.0 was almost two years old. By FinCon’20 later this year, the kids will be six and four, and they should be able to enjoy more rides and attractions at Disneyland.

The other day, I was putting on my trip-planning hat and started doing more research about Disneyland. Since I’m an Excel nerd, I put together a trip budget Excel sheet to estimate how much a week-long vacation in Disneyland/LA would cost.

Given that we plan to be gone a week, I thought spending three days in Disneyland would give us plenty of time to check out the different attractions and not feel rushed. When I checked out the cost of Disneyland tickets, I was shocked. I knew Disneyland tickets were expensive, but I wasn’t expecting $100 USD per person type of expensive. As it turns out, 3-day, one park per day tickets for two adults and two kids would cost $1,160 USD or around $1,500 CAD.

If I wasn’t shocked by how expensive things were already, my next shock came in the form of hotel cost. If we stayed at a Marriott property close to Disneyland, it would cost us anywhere from $800 to $950CAD for four nights of stay. Originally, I was planning to stay with family friends in LA for the rest of the week, but they weren’t available that specific week. This meant we would need to stay at a hotel for the other two or three nights. Three nights hotel in LA could cost around $200 CAD a night.

With 3-day Disneyland tickets for four people, four nights hotel at Disneyland, three nights hotel in LA, and airfare for three people, the cost of the trip added up to $5,500 CAD. This amount, of course, doesn’t include any food or local transportation cost.

“No way, we are not going. That’s too much money!” I told myself.

I immediately felt really terrible for saying that. I wanted my kids to have the chance to visit Disneyland, the magical place on earth. Having a week-long vacation in LA after FinCon’20 would be the perfect opportunity, since we probably wouldn’t get that opportunity again (i.e. combining business and pleasure trips together). The kids would be so disappointed if we didn’t go to Disneyland. Mrs. T would be so disappointed too. I wanted to be able to provide to my family. I wanted to make my family happy.

All these thoughts were going through my head. I felt terrible.

When the kids were sleeping, I talked to Mrs. T about the trip estimate. She agreed that $5,500 was too much money to spend for a week in Southern California and that we should do something else instead.

I told her that I felt terrible and about all the thoughts that were going through my head.

“Isn’t this your ego talking?” she asked me.

Right away, I realized that Mrs. T was right (as usual).

Truth be told, Mrs. T could care less if we went to Disneyland or not. All she cared for was if we could spend quality time as a family. Whether that be at Disneyland or at home, it doesn’t matter for Mrs. T.

The kids could also care less if we went to Disneyland or not. In fact, they probably wouldn’t have a clear understanding of what Disneyland is anyway, especially for Baby T2.0. They probably would have just as much fun spending three days at a playground (side note, the kids spent about three hours going down a cool slide by Osaka Castle when we went to Japan last year).

For some reason, I had put Disneyland on the pedestal, thinking that going to Disneyland is something that I must do to make my family happy this year.

As I stepped back and reflected on what had just happened, I realized that this is no different than Financial Independence Retire Early. Some people put FIRE on the pedestal, believing that only when they are FIRE’d, they can finally be happy.

But life doesn’t work that way, does it? When we are happy because of a singular event, that happiness is typically short-lived, and we’d end up having a quest for another event to make us happy again. In essence, if happiness is externally driven and stimulated, it is not sustainable. We need to find happiness from within.

After talking to Mrs. T, I was relieved. I realized that nobody except me had the expectation of going to Disneyland later this year. If we do end up going, great. If we don’t, that’s great too.

Regardless of what we do, life will go on…

PS After additional number crunching, I realized that the cost of the trip can be much cheaper than previously estimated. First, Disneyland has a 20% discount for Canadian residents, so the tickets will be slightly cheaper. Since we’ve been travel hacking and collecting Marriott Bonvoy points, we have enough points to stay five nights in a Marriott Disney property for free, then use the free-night certificates we get from the Amex credit cards for a two night stay elsewhere in LA. In other words, the hotel accommodation cost will be $0. Then, by finding cheaper airfare and applying for the WestJet MasterCard to get $350 WestJet dollars, we should be able to reduce the airfare cost to less than $500 for three people. That means the total cost of the trip can be around $1,500 CAD (plus food and transportation), a decent price for a week in LA, I think. Maybe we will end up going after all? We will see…

33 thoughts on “The time when my ego overtook my brain…”