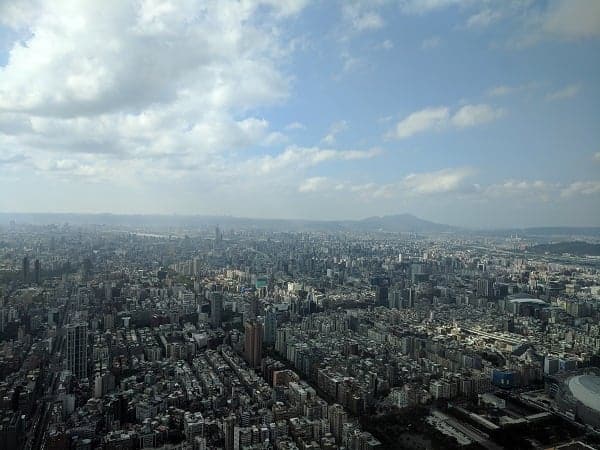 In late January, Mr. T, Baby T1.0, Baby T2.0 and I, along with my parents, my brother and his wife went back to Taiwan to visit our relatives. About 4 years ago we went to Japan with Baby T1.0 before he turned 2 (Mrs. T was pregnant with Baby T2.0 at that time) and we thoroughly enjoyed that trip. So during our visit to Taiwan, we decided to take a side trip to Japan to maximize our time in Asia.

Since their births, both of our kids have flown many times, including a few trips to Denmark, a trip to Texas, and a trip to Hawaii. Now Baby T1.0 is five and Baby T2.0 is almost three and can entertain themselves on the flight, flying for an extended period of time is getting easier and easier.

We are very thankful that the two kids behaved very well on all the flights for our Asia trip. To make the flying experience enjoyable for everyone, we utilized a few tips that we learned over years.

For the first part of the trip, we went to Taichung to visit relatives from my dad’s side. Because we didn’t have any cars, we relied on public transportation to get around the city. Interestingly enough, for trips less than 10 km, Taichung buses were free with an EasyCard (can be used for all public transportation in Taiwan). Since most of our trips were pretty close to our hotel, we spent $0 on fares when we were in Taichung.

We took a very slow pace for the 4 days we were in Taichung and didn’t visit many tourist attractions. We visited Taichung’s National Museum of Natural Science one of the days. Both kids were able to run around in the museum and burned off some energy. Unfortunately, the museum was more geared toward older kids as there weren’t too many things you could touch and play. The highlight of that day was our lunch. While trying to find a place to have lunch, Mrs. T noticed a shop with a very long lineup. Upon a closer look, the shop had been around for over 35 years and sold Taiwanese pastries. A giant lunch for the 4 of us with some fruit tea drinks from Yi Fang (一芳) cost less than $10 CAD. Awesome!

When we weren’t spending time with my relatives, we took the kids to Folklore Park where they enjoyed exploring the Taiwanese traditional architecture and various historical artifacts. I had to wear my tour guide hat and explained to them and Mrs. T about the architecture features.

We had a big family dinner at a fancy restaurant the last night in Taichung. In 2012 we had a big family with 24 people and all we sat at a giant round table together (the table was HUGE!). This time, we had 34 people and couldn’t all fit together at one table anymore. So we had to split the group and sat at 3 different tables.

The dinner was quite good and I was pleasantly surprised to see how much dinner cost. It cost $30,000 NTD or about $1,250 CAD. That’s about $37 CAD per person. If we had this kind of dinner in Vancouver, it could have easily cost at least double that price (or maybe even triple).

Here are some more pictures from Taichung.

After Taichung, we flew to Osaka and stayed there for 6 nights. Since all of us have been to Japan multiple times, we felt we could stay in Osaka for the entire duration of the visit and check out some of the lesser known tourist attractions nearby.

The key reason to visit Japan was for . Lucky for us, Osaka was known as the food capital of Japan and we ended up eating a lot of sushi, ramen, gyoza, and various Japanese food.

Dotonbori district is a popular area and boasts a number of well-known restaurants. We visited Dotonbori last time we were in Osaka but decided to visit again for the food. Since there were a lot of gigantic signs in Dontobori, both kids really enjoyed visiting this popular area. Baby T1.0 especially liked the 2 Spiderman figures outside of one of the restaurants.

Before arriving in Japan, we had planned for a day trip to Kyoto. Other than that, we didn’t have specific plans or things we must see. We decided to let the kids (well mostly Baby T1.0) decide what they wanted to do. We thought this could help to avoid some temper tantrums. For example, one night we discussed with the kids about going to Osaka aquarium the next day. Both kids were very excited. However, the next day during breakfast Baby T1.0 declared that he didn’t want to go to the aquarium. Instead of arguing with him and forcing him to go to the aquarium, we asked what he wanted to do instead. He told us that he wanted to play at a playground. Knowing there was a big playground by Osaka Castle, we took the kids there and they ended up spending almost 3 hours there. Crisis & temper tantrum avoided and we all had a great time as a family.

In case you’re traveling with young kids, here are some places in Osaka that we found were great for toddlers/kids:

Here are some more pictures from Japan:

After Osaka, we went back to Taiwan and spent 3 days in Taipei. We met up with relatives from my mom’s side and meals together. Unlike Taichung, there was no free public transportation in Taipei. But fares were much cheaper in Taipei than Osaka.

We stayed in Marriott Taipei and were upgrade to a suite due to my elite status. When we walked into the room, there were only couches and a table. I decided to pull a prank and told the kids in a disappointed voice that we didn’t have any beds for the hotel room. I told them that we had to sleep on the floor. I then pointed out the storage compartment by the TV and joked that Baby T2.0 could sleep in there. To my surprise, she actually went in, lied in the compartment, then complained that it was too hard. Mrs. T and I had a good laugh.

When we walked around the corner of the living room to discover the bathroom, then the bedroom, both kids were quick to declare that the room was HUGE and it was the best hotel room ever. Having stayed in the same type of suite in Taipei Marriott a few times by myself, I’d say it was way better staying in a suite with the family than by myself.

Some places in Taipei that the kids really enjoyed:

Here are some pictures from Taipei:

I’m happy to report that travelling to Taiwan and Japan with two toddlers was relatively easy. We just had to take a slower pace and discuss with both kids on what they’d like to see and eat. Family collaborations went a long way, we were able to avoid some temper tantrums, and a great time as a family.

I’ll wrap up this long post with a few random thoughts about our trip to Taiwan & Japan and travelling with two toddlers.

18 thoughts on “Travelling with toddlers in Taiwan & Japan”