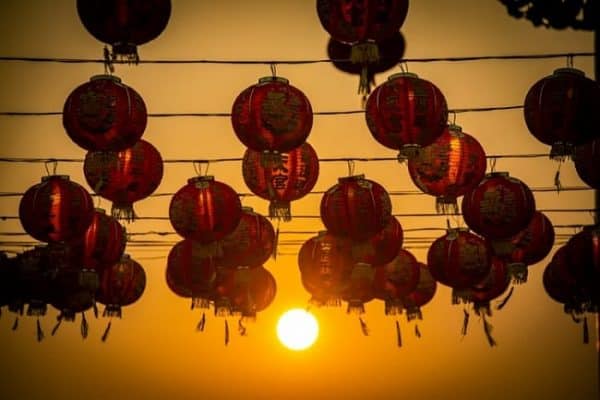 Wow, the first month of the new year just flew by! In early January, we flew from Copenhagen back to Vancouver. Originally we were scheduled to fly with Iceland Air by connecting via Reykjavík. But due to a major snowstorm, our original flights got cancelled, and we were rerouted to connect Toronto via Air Canada. Unfortunately, the CPH -> YYZ -> YVR route meant spending an extra 3 hours in the air compared to the original flight. Somehow the kids stayed up for the entire flight so, by the second flight, they were overtired (it was past midnight Copenhagen time) and ended up having nightmares on the flight (i.e. kicking & screaming).

After having 14 flights in 12 days in December and spending over 147 hours in the air in 2019, I was happy to stay on the ground for most of January. I’m not quite sure what my work travel plans are for February but I sense some air travel might be coming up for me…

In January 2020, we received dividend payments from the following companies:

In total, we received dividend payments from 22 companies which added up to $2,249.72. This was a great start to the new year as this was the highest monthly amount ever since we started investing in dividend-paying stock since 2007. Amazing stuff!

This month was a month that was heavy on CAD dividend payments. We only received $24.34 in USD dividend and the rest was all in CAD. Please note, we use a 1 to 1 currency rate approach. We do not convert dividends received in USD to CAD, because we want to keep the math simple. This is our way to avoid fluctuations in dividend income over time due to changes in the exchange rate.

The top five dividend payouts in January 2020 came from BCE, CIBC, TD, Inter Pipeline, and Bank of Nova Scotia (not in order). These five companies’ dividend payouts accounted for $1,374.66 or 61% of our January dividend income.

All these raises have increased our forward-looking dividend income by $61.46. It’s not as good as the $291.22 raise we received in Dec 2019, but I’ll take a small raise over no raise at all.

I hinted in our Dec dividend income update that we will be busy in January and I sure wasn’t kidding! We had a crazy month in terms of dividend stock transactions.

One of my goals for 2020 is to reduce the number of stocks we hold in our dividend portfolio. We were previously holding more than 60 individual dividend-paying stocks and I would be the first one to admit that is too many. I hope to reduce that number to 50 by the end of this year.

With that in mind we closed out our position for the following stocks:

I decided to sell Evertz Technologies and General Mills mostly because the two companies haven’t had any dividend increases in the last couple of years. The stock price also hasn’t done too much. I figured my money can work harder somewhere else.

I have wanted to sell Chevron shares for a while now but never managed to pull the trigger. If you look at our dividend portfolio, you’ll see I am trying to get away from investing in cyclical oil-producing companies. Instead, I think there are better upsides with pipeline companies.

I think I made the right decision to close out these three positions but I suppose time will tell.

With our 2020 watch list in mind, the proceeds from these three transactions, the new TFSA contributions, and some additional capital contributions in RRSP and taxable accounts, I then purchased the following stocks throughout January:

The sale of the three stocks and the purchase of eight stocks increase our annual dividend income by $1,305.15. At 4% dividend yield, that’s an equivalent of adding $32.628.75 of fresh capital.

We already own Canadian National Railway, Brookfield Renewable Partners (Canadian shares), Bank of Montreal, TD Bank, and Inter Pipeline. So we are simply adding more shares to these stocks as I see good future growth for every single one of them.

We hold Brookfield Renewable Partners in the Canadian shares (BEP.UN). I purchased the US shares this time as a way to collect dividends in USD.

I purchased European Residential REIT because the company has been buying up apartments in the Netherlands. The numbers are showing some fantastic growth potential. In other words, this is a potential growth play since the dividend yield isn’t very high and the dividend history has not been consistent. I wanted to invest in a smaller REIT stock since we already own big REITs like RioCan, H&R, and Dream Office. Another reason for picking up a smaller REIT is that there is a greater chance of it getting acquired in the future. We used to own AAR.UN and DRG.UN and both companies were acquired, and we received a sizable profit because of that. Maybe ERE.UN will do the same, we’ll have to wait and see.

I picked up Brookfield Property Partners to increase our exposure in the REITs sector. BPY price hasn’t done much in the last little while. With a 7+% dividend yield, I can wait for the stock price to recover and collect dividends in the meantime.

When it comes to Pepsi, this is a stock I’ve wanted to own for a very long time. At a PE ratio of ~16 and a ~2.8% dividend yield, I am happy that we finally own part of Pepsi. Owning both Pepsi and Coca-Cola means that we now own a big portion of the beverage business sector.

At $40 per hour, it means we already saved over 56 hours of work hour or 7 days. It’s an amazing feeling to know that our money is working hard for us so we don’t have to.

Dear readers, how was your January dividend income? Did you purchase any stocks?