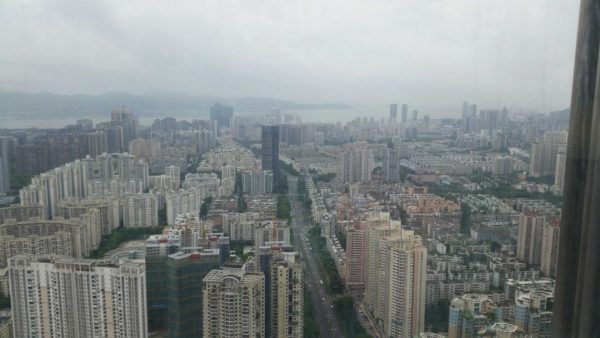 I’m in Shenzhen, China this week for work. Shenzhen is the one of the high tech meccas in China and it’s pretty crazy to consider that there are over 10 million people living in this tiny city (I was told 20 million people when you add the surrounding area). During lunch and dinner each day, I have had the chance to talk to a number of co-workers on various topics. Since many of them have never traveled to North America, they are all very curious to know how we North Americans think about China. For me though, it has been fascinating to talk to them on topics related to money. Here are some of my traveling personal finance thoughts from China.

The result of having so many people in a small area means there are A LOT of high rise. In fact, the hotel I’m staying at is tallest building (61 floors) in the area – let’s just say that staying on the 50th floor while rain and wind are pounding on the ceiling-to-floor windows and seeing lots thunders & lightening outside is an interesting (and somewhat scary) experience. 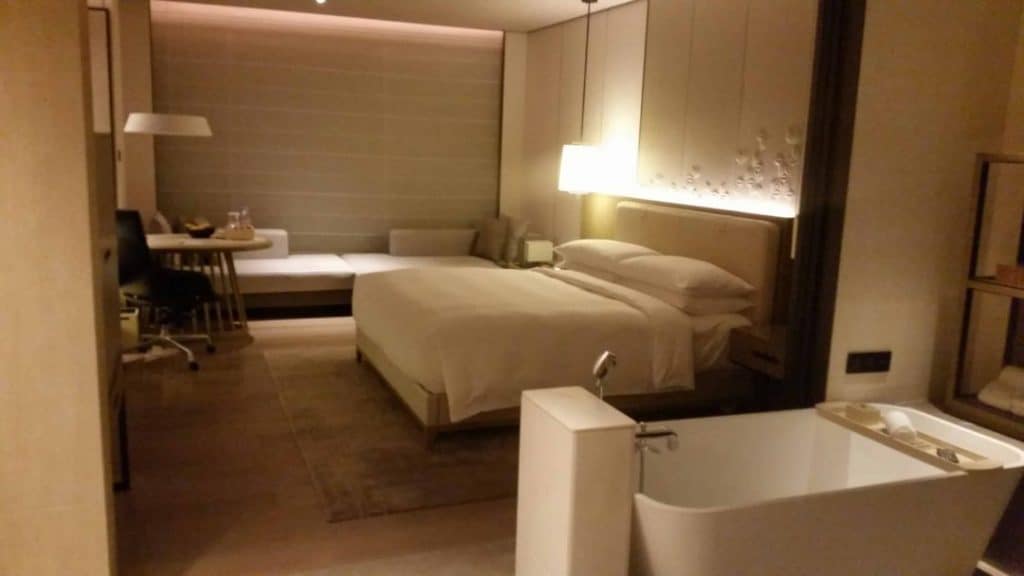 (Living large, or as some might call… roughing it) 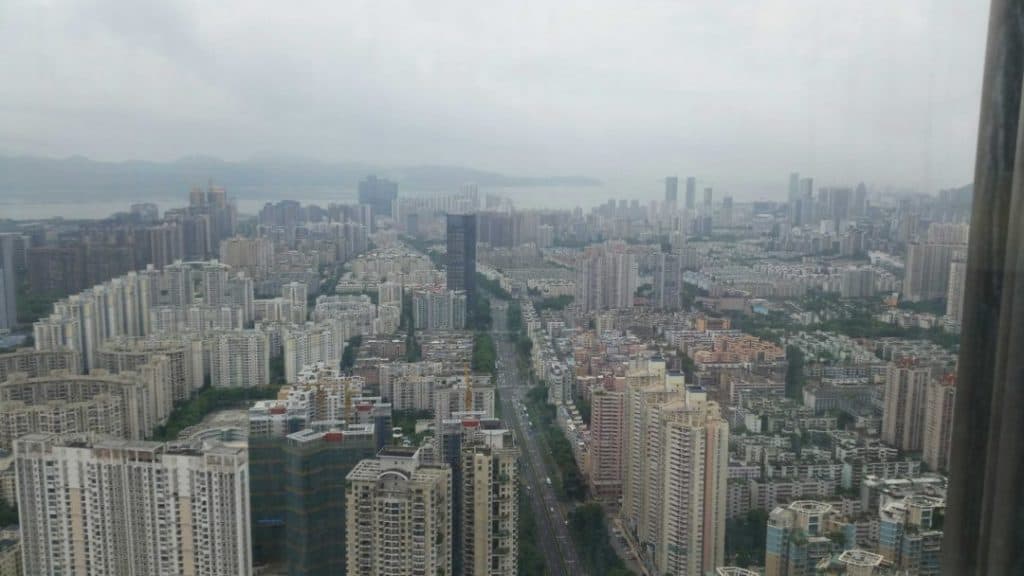 (Great view from the hotel room)

You would think with high rise everywhere, the housing price would be somewhat reasonable.

Not the case in Shenzhen.

Over lunch one day we talked about housing price in Shenzhen. I mentioned to my co-workers that Vancouver housing price is insane and that new apartments in Vancouver are going for around $1,000 Canadian per sqft (or about 50,000 RMB/m2).

They looked at me and rolled their eyes.

That’s the average price so new apartments can go A LOT higher.

No wonder so many Chinese people are heading to Canadian cities like Vancouver and Toronto to buy real estate!

Interestingly, my co-workers also mentioned that many workers in Shenzhen simply cannot afford buying apartments anymore. Many new graduates are forced to move to other cities because they can’t afford living in Shenzhen with their low wages. Sadly, this is very similar to what we’re experiencing in Vancouver as well.

Going around the city I saw a lot of expensive cars – Porsche, BMW, Audi, Lexus, and Mercedes-Benz. I even saw a few Lamborghini and Ferrari. Again, very similar to what you would see driving around in Vancouver.

“Most of these drivers are businessmen.” A co-worker told me.
“They drive expensive cars so they can show off. They want to show their customers or business partners that they’re well-established and they know how to negotiate price.”
“It’s an image thing.”
“But who knows, maybe some of them are so deep in debt. We wouldn’t know.”

Does driving expensive car, wearing luxury brands, and having luxury items mean you are rich?

Talking to these co-workers, it seemed that people that invested early in the housing market are doing quite well. Those that could buy an apartment in the last few years also have done quite well.

“Co-worker A owns 2 apartments in Shenzhen.”
“Co-worker B bought an apartment a year ago and now the price has more than doubled.”
“Co-worker C, D, and E are multi-multi-millionaires!”

Interestingly enough, you wouldn’t know these people are rich by simply looking at the way they dress. Image doesn’t mean jack when it comes to net worth. 🙂

One of these “rich” co-workers I have gotten to know well over the last year or so. While talking to him, he told me that his wife cuts his hair and they don’t own a car.

“Why drive and get stuck in the traffic when I can take the metro and walk?” (Traffic is absolutely terrible here, plus nobody obeys the traffic laws)
When I asked him why he’s still working he answered…
“I like what I do at work. I have no stress because I don’t need the money. I am just having fun. If I get fired today I can retire.”

Wise wisdom of a rich & smart man who has already reached financial independence.

How much is enough?

When I asked why some of these people are still working, despite being multi-millionaires from the crazy housing market, I seem to get the same answer.

“They want to buy more houses/apartments.”

It begs the question how much is enough.

Ok enough of my random traveling thoughts. Have you had any discussion about money when traveling in foreign countries?