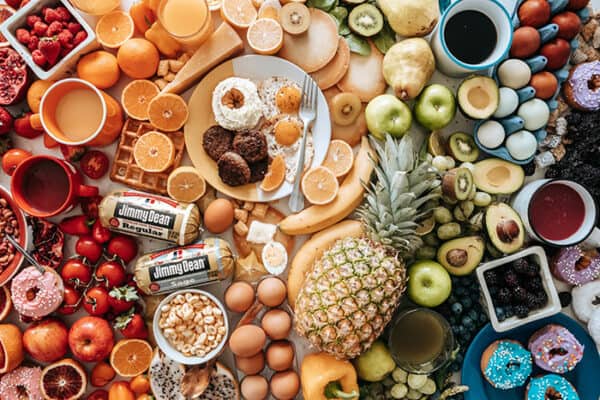 Lately, there’s high inflation-related news almost every other week. Between climate change, higher fuel costs, the ongoing supply chain issues, and the ongoing war between Russia and Ukraine, there doesn’t seem to be any sight of when the inflation rate will go back down to the two to three percent level. This is despite global central banks raising interest rates in an attempt to tame the inflation beast.

Mrs. T and I have certainly noticed the higher food prices when shopping for groceries, and I’m sure readers have too, but how much have food prices increased since May 2021?

I thought it’d be interesting to perform another price comparison to find out two important things:

As you can see below, I’ve done a few grocery comparisons in the past and have tons of data available for analysis.

A few notes on the comparison

Before we go through the numbers, I just want to add a few comments. First, with the exception of oat milk, I only checked the price of items that I had previously compared. The items in my comparison list are food items that we regularly purchase.

Third, since all three stores have weekly sales, I only used regular prices for the comparison and ignored any weekly sale prices to make sure a fair comparison.

Costco vs. Superstore vs. Walmart – Which grocery store is the cheapest in 2022?

Let’s find out by looking at the raw data

Once again, Superstore continued to have all 32 items that I compared while Costco only had 27 items available. Walmart sat between Superstore and Costco in terms of item availability at 30.

Out of all the 32 items compared, Costco led the way with 18 items having the cheapest unit price, Walmart with 12 and Superstore was last at 7. Interestingly, all three grocery stores had the same price for a jug of homo milk. Last year, Superstore was in second place but this year Walmart captured second place.

If we ignore the not available (N/A) items and compare only 25 items in total, Costco still had the most items with the lowest per unit price at 17. Walmart came in second with 7 items with the cheapest price and Superstore came in last with 6 items.

Since veganism is becoming increasingly popular, I thought it’d be interesting to do another comparison with vegan items only. With meat, eggs, fish, dairy, and animal products removed, Costco still led the way with $31.87 with Walmart coming second at $37.06 and Superstore at $40.19.

Based on our household consumption, Costco continued to be the cheapest grocery store in Canada in 2022. Given that Costco has come out first in my previous three comparison tests, I was not too surprised with this result.

What surprised me a bit was that Walmart received second place for my 2022 comparison. I suspect Superstore had raised its price more than Walmart due to the high inflation.

It is important to remember that Costco is a warehouse so items are usually in bulk and may not be suitable for everyone. If you’re single or in a two-person household, it may be difficult to consume all the food before it goes bad.

For us, we avoid this problem by repackaging meat and fish into smaller packages and freezing them for later consumption. But this is usually not possible for produce.

The battle of inflation – Costco vs. Walmart vs. Superstore

Thanks to the high inflation rate, groceries are definitely getting more expensive in Costco, Superstore, and Walmart. Which store has done the best job at keeping prices at bay and trying to be Canadian consumer friendly?

If you’re curious about how much prices have changed since 2017, you can take a look here. Do hold onto your chair because you’re about to get shocked.

If we look at the raw data here are some interesting things I noticed:

Since Superstore is the only store that had all 32 items, to have an apple-to-apple comparison, we need to take out all N/A items. This left us with 22 total items.

How much have Costco’s prices increased?

How much have Costco’s prices increased in the last year when we only compare the 22 items available for all three stores?

How much have Superstore’s prices increased?

How much have Superstore’s prices increased due to inflation? Here’s a quick summary of the 22 items available:

How much have Walmart’s prices increased?

How much have Walmart’s prices increased due to inflation? Here’s a quick summary of the 22 items available:

What if we were vegans?

What if we were vegan, take out meat, fish, and dairy, and only compare vegan food items?

What we can see here is that the increase in food prices isn’t just on meat, fish, and dairy but it’s across the board.

Compare food prices among Costco, Superstore, and Walmart, I made some interesting observations:

Milk vs. plant-based milk per unit comparison (taking the cheapest options) are:

Note: Organic almond and oat milk are Costco’s generic Kirkland brand so they are cheaper than some non-organic options.

The high inflation rate is definitely hurting Canadians. Groceries are getting more expensive. To make matters worse, salaries may not have kept up with the high inflation!!!

What can Canadians do to keep grocery costs down?

Given the higher and higher grocery prices, what can Canadians do to keep grocery costs down? Here are some ideas:

In the store price comparison I performed, Costco came out ahead in all scenarios. Costco also has been the best store at keeping prices low despite high inflation.

Please note that this price comparison is based on items that our household typically would buy – we eat as much organic food as possible, we have been eating less and less meat, we drink plant-based milk alternatives, and we have shifted to consuming only vegan cheeses. For Canadians who consume different types of food than us, this price comparison study may not be valid for them.

Despite Costco being the cheapest major grocery store in Canada based on my study, we can’t just blindly shop at Costco. As price-sensitive consumers, it is important to compare prices and keep in mind the weekly sales and possible reward points. Most importantly, we also need to consider the amount of time spent each week on shopping for groceries and how much fuel we need to burn by going to multiple stores.

Dear readers, have you found that groceries are getting more expensive in Canada? How have you been combating the higher prices? Which grocery store do you frequently visit? Do you have any strategies to keep grocery expenses low?

16 thoughts on “The battle of inflation & cheapest grocery store – Costco vs. Superstore vs. Walmart”