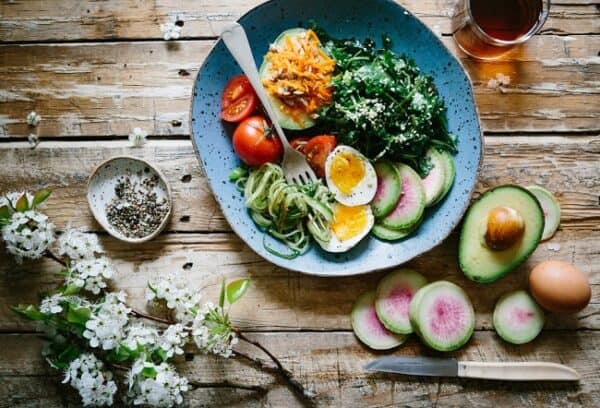 According to CBC, Canadians should expect to pay a lot more for groceries in 2021 with the price of vegetables and meats to increase as much as 6.5% thanks to climate change and COVID-19. Are groceries getting more expensive in Canada? Or is that just some fictitious studies?

In 2017, I compared prices between different grocery stores in Canada to see which grocery store came out ahead. I compared the prices again in 2019 but narrowed down the comparison to Costco vs. Walmart vs. Superstore.

With data from two previous years, I thought it would be an interesting exercise to perform another price comparison between Costco, Walmart, and Superstore and see which one of the three is the cheapest grocery store in Canada.

A few notes on the comparison

A few notes on the comparison method before we get into the raw data. First, I only checked the price of items that I had previously compared. These items may not be the most reasonable items that many would buy, rather, these are food items that our household regularly purchases.

Like previous comparisons, I picked prices for the largest packaging and generic brands whenever possible to provide the lowest per unit/weight/volume price.

This meant picking the Kirkland Signature brand for Costco, the No Name brand for Superstore, and the Great Value brand for Walmart. When generic brands were not available, I picked the item that had the lowest per unit/weight/volume price available.

I used regular prices in my comparison. I ignored any weekly sale prices to make sure all my price comparisons are fair.

Not all the prices were available for 2017 and 2019 because I didn’t compare identical products when I did the comparison. To make a fair inflation comparison, I compared prices from the same years for all three grocery stores.

Let’s first examine whether Costco continues to be the best place to shop for groceries in Canada by looking at the raw data:

What jumped out to me is that Superstore continued to offer all the items that I compared. Meanwhile, Costco did not carry all the items.

Like the previous years, Costco was the overall price leader for meat and fish. I took out meat and fish to see if Superstore or Walmart would come ahead in the pricing comparison.

Even with meat and fish taken out, Costco continued to lead the way in grocery pricing.

Costco is the cheapest Grocery Store in Canada

If we ignore all the N/A items, Costco came out ahead as the cheapest grocery store in Canada in this price comparison. Given the previous two comparisons that I did, this result  did not surprise me.

What I found surprising is that Costco still offered the cheapest items when we ignore the N/A items. This wasn’t the case in the previous years. I was also surprised that Walmart had failed to keep up with Costco and Superstore in terms of price competitiveness.

Based on our household consumption, Costco continues to be the cheapest grocery store in Canada. The result may vary, however, depending on what you typically buy at the grocery store.

After comparing groceries from Costco, Superstore, and Walmart, Mrs. T and I have found that Costco also had the best food quality overall. Although avocados from Costco were more expensive per unit, the avocados were much bigger compared to ones from Superstore and Walmart.

When we shopped at Superstore and Walmart, finding fresh produce could be a challenge from time to time. Depending on the time of day we shop, it was not unusual to find Superstore with empty shelves. This was not the case at Costco and Walmart.

Are groceries getting more expensive in Canada?

Now the more interesting part of this article – are groceries getting more expensive in Canada? To find out, I compared the 2021 prices with prices from 2017 and 2019. Below is the raw data:

Wow, that’s an eyesore, isn’t it? Let’s look at the inflation numbers.

How much has Costco’s prices increased due to inflation?

How much has Costco’s prices increased due to inflation? Since there were a number of items that weren’t available, to have the best comparison, I took out those items.

Out of the 22 items compared, Costco’s prices increased by an average of 3.7%.

How much has Superstore’s prices increased due to inflation?

How much has Superstore prices increased due to inflation? Here’s a quick summary of the 22 items available:

Out of the 22 items compared, Superstore’s prices increased by an average of 4.23%.

How much has Walmart’s prices increased due to inflation?

How much has Walmart’s prices increased due to inflation? Here’s a quick summary of the 22 items available:

Out of the 22 items compared, Walmart’s prices increased by an average of 10.94%.

For me, this comparison was extremely interesting. Here are some interesting things I have found:

It is definitely getting more expensive for Canadians to buy groceries. Inflation is real and is not something we should ignore.

One thing to keep in mind is that Costco is the only store that requires an annual membership. The basic membership costs $60 plus taxes and the executive membership is $120 plus taxes. Considering Costco has the cheapest grocery prices overall and the prices have not increased as much compared to Superstore and Walmart, I think it makes sense to pay for the annual membership.

We have been optimizing our grocery expenses as much as possible by shopping at Costco and Superstore mostly. Costco appears to offer the best prices. Superstore does offer some good weekly deals.

By being a PC Insider and using one of the PC credit cards, we have been able to collect PC Optimum points. Once in a while, we can redeem PC Optimum points to reduce the final grocery bill.

Due to COVID-19, we have tried to shop every two to three weeks by going to Costco and Superstore on the same shopping trip. If we need fresh produce, we’d go to a local produce shop.

Looking at the price comparison tables above, here’s the grocery shopping strategy we should deploy moving forward:

Conclusion – Are groceries getting more expensive in Canada?

Are groceries getting more expensive in Canada? Absolutely!

It is interesting to see that Costco’s prices have not increased as much compared to Superstore and Walmart.

Overall, I am pleased that Costco not only has the lowest price increase but it has continued to offer cheaper prices compared to Superstore and Walmart.

One thing I liked about Costco is they have been following the Canadian consumer shopping trend by having more organic items and dairy alternatives in its warehouses.

Dear readers, have you found that groceries are getting more expensive in Canada? How have you been combating the higher prices? Which grocery store do you frequently visit?

26 thoughts on “Are groceries getting more expensive in Canada? – Costco vs. Walmart vs. Superstore Comparison”