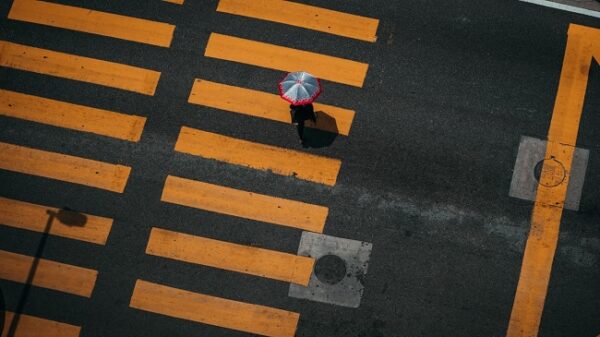 Most readers will remember what happened between February and March 2020. The market was firing on all cylinders, reaching an all-time-high around mid to late February. Then the coronavirus, or the COVID-19 global pandemic, took over the news. Amidst uncertainties, the global stock market tanked. The S&P 500 went from a high of 3380 to a low of 2304 in about a month, a loss of over 30%. People were freaking out, calling the end of the bull market and the start of an extended bear market.

Looking back, we know the bear market was short-lived. The bear entered the room quickly and exited just as quickly.

But it is always easier to look back.

How many readers remember what happened with the stock market on Christmas Eve 2018? In case you have forgotten, on Christmas Eve 2018, the major indexes in both Canada and US took a nosedive and many media outlets stated it was “The end of the bull market,” “Major market plunge,” “The end is near,” and so on.

Seeing some similarities between the two events? Sure, the time frame was different – the market drop lasted about a month while the drop of 2018 Christmas Eve lasted only a day. But after the drop, the market recovered and eventually went higher.

We can say the same with the Dot-com bubble, the financial crisis, etc.

Unfortunately, many investors suffer from what I called “extreme short-term memory.” They can only remember major stock market events that happened about the last year or so ago. They forget things that had happened outside of that window.

Even though we are still in the global pandemic, the market seems to be going higher and higher. Yes, there’s light at the end of the tunnel, but who knows exactly when this global pandemic will end and when we can finally go back to the old normal.

With the market hitting record highs, yet again, the following question is being raised:

A couple of years ago, I wrote a piece called “Does market timing work.” In it, I used 18 years of historical data from 2000 to 2018 and went through a few different scenarios to determine whether market timing works.

There were a lot of numbers in that article and it was quite interesting for me to run the analysis. If you haven’t read the post before, I’d encourage you to read it before continuing with this article.

In that article, I concluded that yes, market timing works but with an important caveat – hindsight is always 20/20. It is easy to use historical data to prove that market timing works. When we are in the thick of things, it is nearly impossible to know what’s going to happen to the market the next day.

Let me bring up one of my all-time favourite quotes:

I can’t recall ever once having seen the name of a market timer on Forbes’ annual list of the richest people in the world. If it were truly possible to predict corrections, you’d think somebody would have made billions by doing it.

With all that said, I thought it would be interesting to do another market timing analysis by using historical data since January 2020 and create a few scenarios to see if market timing works or not.

With the market drop of 2020 being fresh on peoples’ minds, I want to go through historical data and test if market timing works or not. For this exercise, I am going to rely on two ETFs that we own – the iShares all equity ETFs, XEQT, and the iShares ex-Canada ETF, XAW.

Both ETFs hold 100% in stocks, so they are vulnerable to any stock market movements.

Here are six scenarios I came up with. We will assume that we have $70,000 to deploy throughout the time period.

For scenario 1, I am simulating that we purchased at market high and seeing what happens if we don’t touch the portfolio at all.

For scenario 2, I am simulating that we can effectively time the market and purchase at the market bottom.

For scenario 4, I am simulating that we time the market completely wrong by selling everything at market bottom. We then sit on the sideline for six months before entering the market.

For scenario 5, I am simulating the dollar cost average strategy by deploying the same amount of cash each time on the same day of the month.

For scenario 6, I am simulating two lump sum purchases every six months.

Below are the XEQT results for all six scenarios:

As expected, Scenario #3, where we sold high and bought low had the best return at 56.52%. If you could perfectly time the market, you would have done extremely well.

And if you could have known that March 23, 2020 was the absolute bottom of the market, and deployed all your cash on that day, you would have done well, as we see in Scenario #2.

In Scenario #4, although we sold everything at the market bottom, then re-entered the market after sitting on the sideline for six months, we ended up with a market value of over $142k, a profit of over $20k, or a return of 16.81%. Again, a decent return!

In Scenario #1 and #4, despite the terrible market timing, we ended up with a decent profit. I don’t think anyone would complain about a +10% return in roughly 15 months. Sure, you’d have underperformed compared to the market, but a +10% return is a lot better than putting all your money in a high savings account, earning 1% interest.

Scenario #5 simulated a dollar cost average strategy, while Scenario #6 simulated a lump strategy with two purchases. Interestingly enough, we ended up with very similar performance between these two scenarios with a final dollar difference of only $1,145.86 or about a 0.7% difference.

Should you make a lump sum purchase or spread your purchases over a set time period? I think this totally depends on what kind of investor you are.

What if you sold everything at the bottom of the market and sat on the sideline ever since? You’d end up with $121,612.35. Way worse than any of the scenarios we have covered.

Once again, this proves that time in the market is far more important than time the market. If you are invested in the market, at least your money is working hard for you.

Below are the XAW results for all six scenarios:

Once again, we saw very similar behaviours as XEQT results, the perfect market timing of Senario #3 came out way ahead of the other scenarios.

Even if you sold everything at the market bottom then bought back six months later with an additional of $70,000, you would have done pretty well, resulting in over $20k of profit or a return of over 16%.

Once again, there wasn’t a significant difference between spreading purchases over 12 months and two lump sum purchases. The difference is even smaller than the one we saw with XEQT with a dollar difference of $1,009.42 or roughly 0.6%.

For the analysis above, we started with a portfolio of $70,000 and added $70,000 at different times of the year. The initial $70,000, at roughly 50% of the final portfolio value, probably dampened any market timing affects. What happens if we run the analysis again with only a $70,000 deployment in the six scenarios?

Note, since there’s no initial $70k, scenario 2 and 3 are identical.

Once again, Scenario #2, where we timed the market perfectly came out ahead. Scenario #1, where we purchased at the peak of the market provided a return of over 10% for both XEQT and XAW.

What is quite interesting is that the dollar cost average strategy, Scenario #5, came out ahead of the lump sum purchases strategy, Scenario #6. The difference was roughly 1.5%. Meanwhile, if we had waited on the sideline for six months before deploying the $70,000 (Scenario #4), we would have performed better than Scenario #5 and #6.

In other words, based on simulations I ran, there is no concrete conclusion that dollar cost averaging is better than lump sums. This further reinforces my belief that time in the market is far more important than timing the market.

The vital point is to stick with your strategy!

Does market timing work? Absolutely, but with a catch!

So, does market timing work? Absolutely! But there’s a catch – it only works if you can know when the peak and the bottom of the market are. It is significantly easier to use historical data to prove that market timing works.

However, I don’t care if you’re the second coming of Warren Buffett, Peter Lynch, Benjamin Graham, Cathie Wood, or Carl Icahn. I can say with 100% certainty that you absolutely can’t predict the market peaks and bottoms.

Since my guess on how the market will do the next day, the next day after that, and so on, is as good as yours – and at best our guesses are only 50% correct, it is far better to stay invested and to invest with new capital regularly.

By investing regularly it can mean investing in lump sums whenever you have money to stay fully invested, or invest the same amount regularly. Or you can deploy a combination of the two strategies and have some small amount of cash on the sideline, ready to deploy whenever there’s a sudden drop in the market.

At the time of the writing, our dividend transactions are up by over $23,000, or 20% return. We have kept our investing strategy as simple as possible. For the most part, we stay fully invested by not touching our dividend portfolio. Whenever we have cash from savings, we deploy it and purchase dividend paying stocks. So far, this strategy has worked marvelously well.

Whatever you decide to do, it is best to stick with the same strategy. And remember, it is best to keep your investment strategy as simple as you can.

How simple? Simple enough that you can explain to a three-year-old.

So, stop worrying about whether the market has peaked or not. Stop wondering when the market bottom is.

Stay invested and let your money work hard for you.

14 thoughts on “Does market timing work? Absolutely but with a catch!”