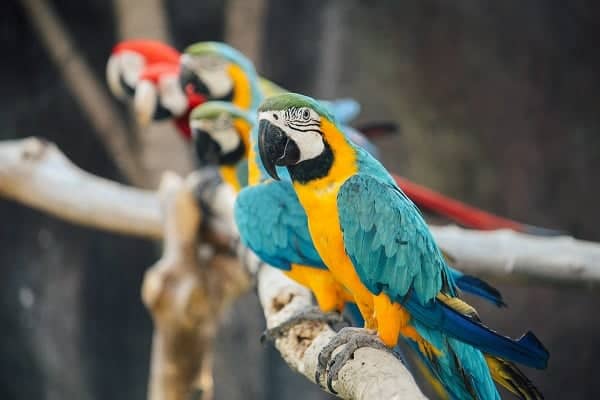 If you have been following the news, you probably have heard that Meng Wanzhou, the CFO of Chinese tech giant Huawei, was arrested in Vancouver International Airport on Dec 1st, after arriving from China on her way to Mexico. She is the daughter of the company’s founder and potential heir.

Canada arrested Meng Wanzhou at the request of US law enforcement, for Huawei’s alleged violation of US sanctions of Iran. According to the US, between 2009 and 2014, Huawei used an unofficial subsidiary named Skycom to transact business with an Iranian telecommunications company. This is a direct violation of the US sanctions again trade with Iran.

In case you think this is not a big deal, this is like China arresting Bill Gates or Tim Cook while they are transiting through China. So yea, it’s a BIG deal. This only increases the tensions between China & US trades/tariffs discussions. And somehow, Canada is caught in the middle of this.

Anyway, as the news broke out, we learned that Meng has ties with Vancouver. She and her husband own two houses in Vancouver assessed at over 20 million and her husband and kids are currently living in Vancouver. Although she is the eldest children of the company’s founder, she dropped out of high school to work as a secretary at Huawei. Over 25 years, she rose through the rank to become the company’s CFO. Quite a brilliant accomplishment if you ask me.

Sadly, we also found out that Meng has suffered a lifetime of health problems, including thyroid cancer, sleep apnea, and high blood pressure. She had survived thyroid cancer after having surgery in 2011. According to the court filing, Meng has difficulty eating solid food and have had to modify her diet to address these issues. When she was detained on Dec 1st, she was taken to the hospital to be treated for severe hypertension.

Despite her poor health, Meng continues to work in the high pressure, high pace tech field. Being the CFO of Huawei, one of the largest telecommunication companies in the world, she has to travel internationally regularly. Apparently, she has been travelling so frequently between 2007 and 2016 that she required multiple replacement passports because she ran out of pages in her passport (I have a co-worker like that, ran out of the 10-year Canadian passport pages in less than 2 years’ time).

Being someone who is working toward financial independence retire early (FIRE) and write about our FIRE journey on this blog, it makes me wonder why is Meng still working, despite having a vast amount of wealth? I mean, her dad is a multi-billionaire, her and her husband owns houses in Vancouver worth $20 million with only a $7.5 million mortgage, she probably owns a few properties in China too, and she was released on bail for $10 million with $7 million in cash. Needless to say, money is not a problem for her. She’s certainly not living pay cheque to pay cheque. And accordingly to friends, she does not have an extravagant lifestyle.

I don’t know her at all so I can only speculate and guess.

To me, having a vast amount of money doesn’t do you any good if you don’t have your health to enjoy it. You can’t bring the money with you when you die! So if I were her, I would quit being the CFO of the company, and focus on being healthy, spending time with her husband and children, and creating a charity to help out the less fortunate people.

What would you do if you were in her position?

I’m not going to break down the numbers now. The details will have to wait for a post next month. But upon a closer look, we actually did relatively well, despite having spent more than 2017. We actually had cut down our core necessities spending. The extra expenses came from the other accounts.

Net worth wise, we’ll have to see what kind of percentage increase we get. Given the stock market has been on a downturn lately, I suspect the net worth increase wouldn’t be astronomical like the +34.4% we saw in 2016.

Mrs. T and I usually sit down together and spend about 30 minutes to an hour to review our finances in mid-January, then again in mid-July. Given that we’ve been done quite well financially the past number of years, I think we will just continue doing what we’re doing for the last few years – save as much without depriving ourselves, maximize our TFSA and RRSP contribution limits, maximize RESP contribution limits, then invest in taxable accounts, and buy individual dividend stocks, index ETFs, and some growth stocks. And of course, live up a little.

Spend money on vacation and enjoy life so we can cherish the great memories later. (Baby T1.0 and Baby T2.0 are still talking about Maui and asking when we’re going back).

I came across this video the other day and thought it was very thought-provoking. Have a look below, please.

Do you still think that you are better off if you wear brand name clothing, drive a fancy sports car, live in a multi-million-dollar house, or have the latest iPhone? Anyway, enough random thoughts from me. Here are a few ideas I want to explore in the new years:

Do you have any other ideas for me?