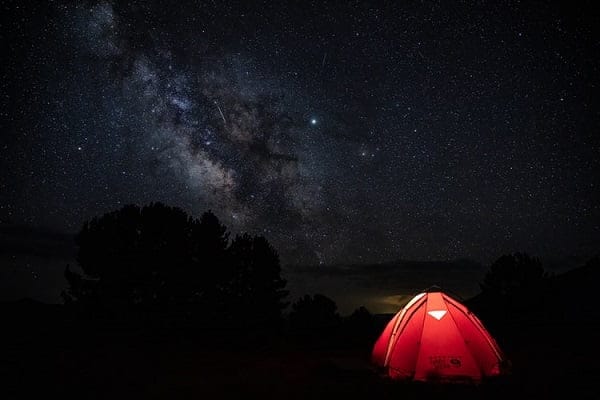 Two years ago at FinCon17, I had the pleasure to meet with Kristy and Bryce from Millennial Revolution. I don’t remember when I first started reading and following their blog, probably about three years ago, which in internet years is a long time! Kristy grew up in poverty in China and immigrated to Canada as a young kid. As a fellow immigrant myself, I could totally relate to her, like our struggles with learning English and our frugal mindset. Kristy and Bryce met in university and together they built up a 7-figure portfolio. Retired in their early 30’s, they have been travelling around the world nonstop for the last four years. Having always wanted to be authors, Kristy and Bryce’s dreams came true as they recently published their book Quit Like a Millionaire. No Gimmicks, Luck or Trust Fund Required. When their publisher from Penguin Random House contacted me saying that Kristy and Bryce had picked me as one of the people that’d get an early copy of the book for a review, I couldn’t resist the opportunity. I wanted to read what this book is about and learn more from Kristy and Bryce.

An interesting side note, through a picture taken with Kristy and a few other personal finance bloggers at FinCon17, I was able to connect with a high school friend who became financially independent at 32. He was gracious enough to participate in the FI Interview series and share some great insights.

First of all, I have to say Quit Like Millionaire is not like any other personal finance books I have read. There’s no BS. Kristy and Bryce didn’t write about the typical lessons that you see in personal finance books like paying yourself first, not buying lattes every day, or eating ramen noodles to cut food cost. Rather, they shared their personal stories of their financial independence retire early journey and the lessons they learned.

For Kristy, she shared her own story of her growing up in poverty in China which caused her to develop the Scarcity Mind-Set. She and her parents were living on $0.44 per day in China. Basic items that most Canadian and Americans take for granted like a can of Coke was considered a luxurious item for her. When she immigrated to Canada and had her first can of Coke, she was ecstatic. It was the best thing ever. However, over time, she realized that 20 cans of Coke wouldn’t bring more happiness. Similarly, more luxury items in our lives won’t increase our happiness. Instead of chasing for more luxury goods to keep yourself happy, Kristy and Bryce realized they should focus their attention on financial independence retire early.

Throughout the book, Kristy and Bryce shared what they did to achieve financial independence in nine years and retire early from high tech jobs in their early 30’s. They shared their reasoning on why they rent rather than buy in the hot Toronto real estate market.

There were lots of numbers throughout the book. Kristy and Bryce also broke down their expenses and net worth from 2006 to 2015. As a numbers nerd, I really appreciated this because I can relate more. Concepts and lessons in Quit Like a Millionaire are not abstract at all. They are backed up by real-life numbers.

What I liked most about the book are the sections on how to build a portfolio by utilizing the different accounts, the approaches that Kristy and Bryce took to ensure they will never run out of money regardless of how the stock market is doing, and taxes planning with early retirement. Since they retired in 2015 when the oil price tanked, Kristy and Bryce had to create a system to ensure their investment portfolio would last for many years. The Yield Shield was born as a result. I really liked their explanation of the Yield Shield and the step by step instructions on how to construct one. This definitely sparked some creative ideas in my head. If you’re a long time reader, you’ll remember that I have done a few financial independence assumptions and tax calculation scenarios. So, it was really great to read the section about minimizing income tax during early retirement to validate many of my assumptions.

If you want to get yourself a copy of the book, you can purchase it from Amazon.

One of our goals, once we achieve financial independence, is to travel around the world for an extended period of time. Since Kristy and Bryce have been travelling full time for four years, it was fascinating to read the section on travel healthcare and how they ensured they would be covered if there were any medical needs.

Quit Like a Millionaire is a very easy to read book and I finished reading it in about two hours over a span of three days. There is lots of great knowledge and information that Kristy and Bryce shared in the book and everyone who’s interested in the financial independence retire early movement should read it.

I think Quit Like a Millionaire is a fabulous book. If you are interested in the financial independence retire early movement or if you’re already on the journey, you will benefit from reading it. It will open up your mind and the way you approach the FIRE movement.

I would like to spread the love by giving away three copies of the book. To be eligible for the contest, please do the following by Friday, August 2 at midnight, Pacific Time:

I will randomly draw the lucky winner on August 3.

Note: To keep shipping costs within reason, only Canada and US-based readers are eligible.

The 3 lucky winners will be notified via email at which point I’ll ask for your mailing address.
Don’t want to wait? Click here to buy the book on Amazon.

5 thoughts on “Quit like a Millionaire book review & giveaway”