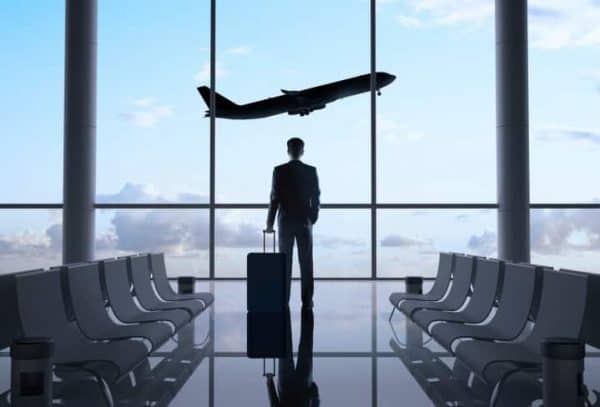 I’ve been on the road this week for some face-to-face customer meetings. On Tuesday I had to get up at 4:15 AM so I could arrive in Vancouver airport to catch my 6;40 AM flight. It always surprises me that there are so many people heading to the US that early in the morning. Because there’s no direct flight to my final destination, I had to connect via Chicago. According to my itinerary I only had an hour and 6 minutes of connection time. From my past experience in O’hare I knew it should be enough time but might be tight if there are any delays.

The airport security and US customs went by pretty smoothly, so did boarding of the plane. When we finished boarding, the pilot announced that there was some sort of mechanical issue and it was being it fixed by the crew. So we sat by the gate for almost an hour before the plane could take off. When we were at cruising altitude, the pilot announced that we’d get to Chicago about 30 minutes later than scheduled but he’d do as much as he could to improve that timing.

We landed in Chicago at 1 PM local time, about 20 minutes later than scheduled. I checked my 2nd boarding pass and saw that gate closes at 1:45 PM. I looked at my watch and realized that I have 45 minutes to get from Gate C to Gate B, not a big deal, I’ve done this before.

Because quite a few passengers had connection flights as well, the pilot announced that he’d  try to get us to the gate as quickly as possible. He maneuvered the plane across the tarmac and all of a sudden the plane just stopped.

We sat in our seats, waited and wondered what was going on, then the pilot came on the PA and announced that O’Hare didn’t have a gate for us and we’d have to wait.

We waited and waited. Ten minutes passed by, then 15 minutes, then soon it was 30 minutes. Everyone was getting anxious and a lot of people were getting angry. About 35 minutes in, the pilot came on the PA and said we were heading to a gate. The air stewardess then asked people that didn’t have any connection flights to stay in their seats so people in a rush can get out. I looked at my watch and it was 1:40. Because there were a bunch of my co-workers on the same connection flight as me and a few other passengers were going to the same connection flight, I thought the connection flight would wait for us and we should be able to make it no problem.

When the door opened, because I was sitting in mid section of the plane, I wasn’t able to get out until around 1:50. Once I got out of the plane, I quickly ran from my arrival gate in C to my departure gate in B. If you’ve been to O’Hare, you’ll know there’s a long underground section connecting from Gate C to Gate B…

During my rush I quickly glanced at the flight information screen and saw that the gate had closed. I thought I had a chance because there were probably 9 or 10 of us in the same situation, so I kept running.

When I got to the gate, I saw two other people at the gate while my co-workers were far behind me. The gate had closed, and we were told the gate couldn’t be re-opened even though the plane was still sitting there.

“We waited for 10 minutes. The gate is now closed. You need to talk to our customer representatives to re-book you flight.”

The 5 PM flight turned out to be the best case scenario. I didn’t want to go to Newark because bad weather in that region and a lot of flights were getting delayed already. I asked the customer representative if there were better options, like flying to Charlotte instead. After checking for a while, she told me that all flights to Raleigh and Charlotte were fully booked, but she could get my co-worker and I on a 7 PM flight to Greensboro, which is about 1.5 hour drive away from Raleigh. I decided to take this option and asked to be put on stand-by for the 5 PM flight.

Luck for me, I was first on the standby list. Both my co-worker and I and got on the plane and arrived in Raleigh about 4 hours later than originally planned. We arrived at dinner late but managed to get some food before the restaurant closure and met our customer.

When I looked back on this travel experience and reflect on what it can teach me about personal finance and financial independence, I actually came up with a couple of items (wow my brain is awesome!).

Sometimes you just have no control over things, so get sit back and let them happen

I didn’t have control over the mechanical issue that had to be fixed and I had no control over not having any arrival gate in Chicago. Similarly, I have no control how the stock markets are doing. The markets can be up one day and down the next. Mr. Market will do whatever he feels like. If my emotion is a direct result of how the stock markets are doing on a daily basis, I’d be a train wreck mentally and physically. Instead, I should keep executing on my investing strategy – buying dividend growth stocks and some index funds. Market timing doesn’t work but DRIPing shares and/or purchasing additional shares with fresh capital to average out my cost basis over time is something I can take advantage of.

There are always options

I could have taken the Newark flight and just be done with it. But I realized there are other options for me to get to Raleigh, so I explored these possible options. Similarly we all need to explore options when it comes to achieving financial independence. Some people aim to achieve through stocks, some through real estate, some through owning businesses, and etc. We all need to be open to options, if we’re not open to possibilities, we may only end up seeing limitations.

In case you’re wondering, I’m typing this while in the air, using the in-air wifi system. Let’s just say my returning flights have been smooth sailing so far, despite having to postpone my return trip by one day and having to leave the hotel at 4:30 AM this morning to catch an early flight. Oh the glory of work travel! But that’s not for this post, maybe later. 🙂

Have a great weekend everyone!

22 thoughts on “On the road again – some thoughts”