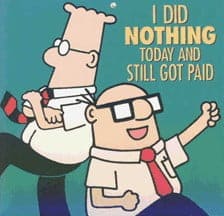 Thank you for dropping by. It’s time for my favourite post of the month – monthly dividend update. I seem to say this a lot lately but I can’t believe it’s already August! Considering that we spent 2.5 weeks of July on vacation, I suppose it makes sense to feel that July just zoomed by. I really like dividend income for the reason that we are receiving the money regardless of what we’re doing. We can be spending time at our daily jobs, we can be sitting on the beach with a cold beer, or we can be traveling around the world, we receive dividend income by simply owning dividend paying businesses. Receiving dividend income from 1 business is good but it’s even better if you receive dividend income from multiple businesses. The more businesses that you receive dividends from, the more diversified your income is. Think of this way, would you rather receive a deposit of $5,000 each month from 1 source, or would you rather have 20 deposits of $250 from different sources? I think the latter case is preferred because it means that if you lose one income source, it’s not end of the world.

Here’s a list of stocks that we received dividends in July 2015:

In July we received a total of $975.71 in dividend from 25 companies with $135.56 in US currency and $840.15 in Canadian currency. I’m very excited to report that this is the highest amount that we received so far in 2015! When we look at the YOY increase, July 2015 dividend income is 54.8% increase compared to July 2014. Wow! I’m also extremely pleased to see that we are very close to the big $1,000 dividend income per month milestone. With fresh capital and re-investing dividends, I’m very certain that we will cross this milestone by next July, the real question is by how much. 🙂

For this dividend income update I have included the US and Canadian breakdown as per readers’ requests. However, the total income amount is calculated by taking a 1 to 1 currency rate approach. In other words, I’m not converting income in US currency back to Canadian dollar. I like doing this because it keeps the math simple and avoids fluctuations in dividend income over time due to change in the currency rate. I do not want to have some inflated income numbers simply because the Canadian dollar is doing poorly and vice versa.

I’m somewhat shocked to see how much dividend income we received in July. At $20 per hour wage, that equates to over 48 hours that I do not have to work for. That’s more than a week worth of regular work hour. If we use the minimum wage of BC, $10.25, that’s over 95 hours that I don’t have to work for. It doesn’t really matter which hourly wage we use to calculate, the bottom line is that the money we received is something we do not have to actively work for. We can instead spend that previous time on something that we truly enjoy, like cooking, traveling, reading, taking photos, or other hobbies of ours.

So far this year we’ve received a total of $5,722.6 in dividend income. Pretty awesome for doing absolutely nothing don’t you agree?

How as your July dividend income?