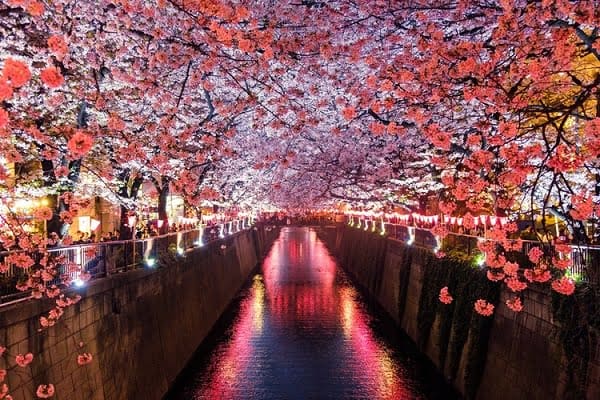 The past 2.5 months have been tough for Mrs. T.

One early morning after we arrived in Taichung, Mrs. T was checking her emails. While getting the kids dressed, all of a sudden, I heard Mrs. T crying uncontrollably.

Her grandfather on her dad’s side had been in and out of the hospital since before Christmas. A week or so before our trip, he was in intensive care for several days. He was moved out of intensive care only a few days prior to our departure from Canada. We were told that he was doing much better.

Without asking anything, I knew what was up – her grandfather had passed away. I tried to comfort her by giving her hugs and handed her tissues. Although I knew her grandpa for 8 years, as expected, I didn’t have as many emotional connections with him. While I was sad about the news, I wasn’t as devastated as Mrs. T.

In the back of our minds, we knew it was a matter of time before we’d receive the sad news. But it is challenging to have to prepare yourself for the news of a loved one’s passing. And Mrs. T certainly took the news hard. She was not her usual self for most of that day. Knowing her, I tried to comfort her but made sure to give her the space she needed.

Later that night, we ordered flowers for the funeral to send to her grandmother. Mrs. T wanted to show her respect.

A few weeks after we got back home from our Taiwan & Japan trip, we were greeted by yet another devastating news. I got up at 5:45 AM one morning, so I could go swimming before work. Because it had snowed the day before and caused schools closure, Mrs. T asked me to grab her phone from downstairs, so she could check whether schools were closed again or not. When I grabbed her phone, I saw a notification from the school district app stating that schools were closed. I also noticed a message in Danish from my mother-in-law. I went upstairs to our bedroom to give Mrs. T her phone, told her that school was closed, gave her a kiss, and headed downstairs to get ready to head out. A few minutes later, from the corner of my eye, I could see Mrs. T coming downstairs in her bathrobe, crying.

“Morfar is dead. Mormor found him outside of their house this morning.”

Her grandfather on her mother’s side was diagnosed with cancer last year. Her grandfather accepted the diagnosis and decided to let things unfold, not wanting to do any chemo or other cancer treatments. The doctor’s congratulated him on making that decision as the chemo would probably not do much for him at that point, and if anything it probably would make him worse.

All I could do at the time was give Mrs. T hugs and comfort her. Within less than a 4-week period, Mrs. T lost both her grandfathers. It was a lot to handle for her, and still is.

Mrs. T didn’t feel she got any closure with her grandfather on her mother’s side because nobody was there when he passed away. Nobody knew what really happened. To make matters worse, it was how he was found, outside of his home, by his wife of 70 years. I couldn’t imagine what that would have been like for Mrs. T’s grandmother, to find the love of her life lying on the ground lifeless.

We were told that there would be a ceremony but there wouldn’t be any funeral, because her grandfather had decided to donate his body to medical research. After the doctors and researchers are done with his body, whatever is left will be cremated, and the family will do another ceremony. We don’t know when that would be.

Since the deaths of both her grandfathers, Mrs. T and I have had many discussions and reflections on our lives, how each of us grew up, our interactions with our grandparents, our kids, and our future together (side note, my grandparents on my dad’s side passed away when I was an infant, my grandfather on my mom’s side passed away when I was 5, so I have no real memories of them. Unfortunately, I’ve not had close connections with my other grandmother).

One night, after battling with the kids all day (it was a long day, kids were acting out), Mrs. T and I were in the bathroom, getting ready for bed, and she said… (I’m paraphrasing here…)

“When I think about my grandparents, and my grandfathers, I remember the things I did with them. The memories are precious, and I will never forget them. We’ve had a long day with the kids. It was challenging and frustrating. But when we look back many years down the road, we aren’t going to remember the fights about getting them to clean up, we aren’t going to remember the battles of getting them to brush teeth, eating their meals, going to bed, or playing nicely together. We are mainly going to remember the fun and amazing things that we’ve done and experienced together, like how we played on the beach all day in Maui, how we went up and down the slide for hours in Osaka, how we danced around the Christmas tree, and how we went camping together. We need to focus on creating more memories together, rather than focus on the little mistakes and constantly trying to control their behaviour. We need to look at the bigger picture”.

I couldn’t agree with her more.

The other day when I was daydreaming and pondering about life, like how I often do, I realized that, at the end of the day, it doesn’t really matter if we have $10 or $50,000,000 in our bank account. It also doesn’t really matter if/when we become financially independent, or what age we retire from employment. What really is all the memories that we create with the people in our lives that mean something to us. Because these memories will continue affecting all of our lives and these memories are how we will be remembered when we are no longer here in this physical form.

With that in mind, I will end this post with…

31 thoughts on “Life. Death. Financial independence is really not that important…is it?”