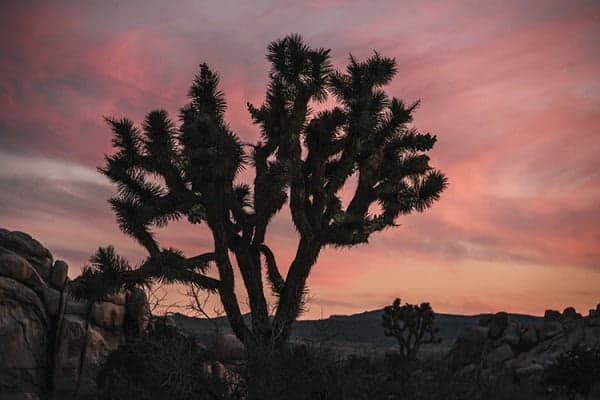 The other weekend, Mrs. T attended an 8:00 a.m. to 5:30 p.m. course both Saturday and Sunday in downtown Vancouver. To get to Vancouver, Mrs. T could either take the public transportation, which would take her over an hour each way, or I could drive her to the course location (she doesn’t like to drive around in downtown Vancouver).

Driving her was a more convenient choice, but neither of us liked the idea of getting up super early both Saturday and Sunday morning and driving to downtown Vancouver with the kids in the back seats. Knowing that we had a free night certificate to use at a Marriott Hotel, thanks to my American Express Marriott Bonvoy card, we knew we had the option to stay in Vancouver. After a brief discussion, we decided to make a reservation for the Westin Bayshore for Saturday night to avoid waking up super early and driving back and forth multiple times. In addition to a free night stay at a fancy hotel, I decided to use one of my five free suite upgrade vouchers to get a bigger room. Fortunately, the hotel wasn’t too busy, and we were upgraded to a suite on the 19th floor with a panoramic view.

On a side note, the Amex Marriott Bonvoy card has an annual fee of $120. The hotel room that we stayed at would have cost $950 per night (we made the reservation on Tuesday of that week), so we definitely got our money’s worth.

Being on kids-caring duty for most of that weekend, I had to come up with plans to keep both kids entertained. Therefore, on both Saturday and Sunday, the kids and I went to Science World and enjoyed the different exhibits. Both kids particularly loved the mirror maze and the tinkering space where we spent hours building wooden block towers.

To keep both kids entertained, we also walked around the Coal Harbour seawall and around Robson/Denman area on Saturday. Since it was quite sunny and warm out, for the afternoon snack, both kids requested for ice cream (I was craving for ice cream too!).

When we were walking around in Coal Harbour that Saturday afternoon, I saw a cafe selling gelato and thought it would be the perfect place to have some ice cream. There was a very long line when we walked in. Rather than lining up, I went to the front of the line to take a look at the price. To my surprise, a kid’s cone was $4.75. If we wanted a waffle cone, it would cost $1.50 extra. A scoop of the regular sized cone was $7. Quickly adding up all the numbers in my head, I knew 3 cones would cost us close to $25. I was not willing to spend that much money. Not to mention, the scoops were tiny! And the kids were used to the giant scoops from Denmark!

So I told the kids that we weren’t getting ice cream from the cafe. Instead, we walked to an Urban Fare nearby. When we got to the ice cream section in the store, I told the kids that they could make a decision on what we’d purchase. After a bit of discussion among themselves, they decided on the Nestle drumstick cones which cost $4.99 for a pack of 4 (on special). After the purchase, we walked to a nearby playground and had a cone each. We then shared the last ice cream cone. While the Nestle drumstick cones probably didn’t taste as good as fresh gelato, we were able to save almost $20. For the kids, they couldn’t care less. They were happy that they were having ice cream.

The same situation came up on Sunday as well. After swimming in the hotel pool, both kids requested ice cream for an afternoon snack. Before saying yes, I told the kids that we’d walk to the Vancouver Convention Centre to check out the green roof. I knew Bella Gelateria, one of the best ice cream places in Vancouver, was close by and decided that we would check it out. When we got to Bella Gelateria, there was a long lineup. Like the day before, I went to the front of the line to check out how much ice cream would cost. A scoop of ice cream started at $7. It would cost more if we were to get a waffle cone.

After seeing the outrageous price, I took the kids outside of the store, went down to their eye level, and told them that ice cream was too expensive. If we were to get something, we could only get one to share. Since they wanted one each, I told them we could check out the cafe next door and see what was available.

They agreed and off we went.

The cafe next door was part of the Fairmont Pacific Rim, which I assumed that the items would be fairly pricey. When we got in, both kids were immediately drawn by the chocolate cake bars. For some reason, there was no price on these cake bars. No knowing the prices and not wanting the kids to devour the huge chocolate cake bar one each, I told the kids that we’d go somewhere else, and they reluctantly agreed.

I knew there was a Starbucks in the building next door, so I took the kids there and told them that they could pick one item to share. They were both drawn to the colourful cake bars and wanted one each. Since the bars were $2.50 each and quite small, I decided that it was OK to spend a little over $5 for the afternoon snack. (they weren’t the healthiest option but I figured it was OK since the kids had been running and walking all day). Both kids were over the moon about the cake bars and couldn’t stop talking about them for the rest of the day.

When I told Mrs. T these two stories later that day, she laughed and said I was being my frugal self once again. I also realized one thing…

But that’s not true at all. To me, frugality is not about not spending money at all. Rather, frugality is finding and settling on a cheaper alternative that will do the job just as well.

Let me state it again – frugality does not mean depriving yourself!!!

So when you are faced with a purchase, ask yourself these questions:

Sure, with some items it may make sense to go with the higher priced, better quality item. But in many cases, the cheaper alternatives will be just as good. This was certainly the case for my ice cream example.

You’ve said life is a series of choices, but I think it’s also a series of opportunities, a series of lessons, a series of moments all strung together that loops around into a lifetime—it’s a lifetime of moments. Every decision, every person that has entered my life, has shaped who I am today.

I’ll conclude this post with this final idea – while frugality and life are about a series of choices, we need to remember that these are personal choices. What makes sense for me may not make sense for you and vice versa. Don’t just jump to the conclusion, ridicule people, and look down on them because they make a different choice than you. Unless you can wear their shoes and see from their perspective, it’s not fair to judge.