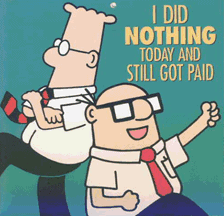 It’s that time of the month where we tally our monthly dividend income. Because we’re enrolled in DRIP for many of our positions, the dividends do not get recorded until much later, hence for not providing the update at beginning of the month.

April was a very successful month when it comes to dividend income. We received dividend income from 23 companies. To be perfectly honest, because we are enrolled in DRIP, sometimes I do not even realize that we own some of these companies. We just leave these stocks on auto-pilot control and allow the dividends to DRIP and compound themselves. It may sound shocking to you but I think companies like BNS, RioCan, Telus, Johnson and Johnson, Proctor & Gamble all fall under this “buy and put on auto-pilot” category.

Here’s a list of stocks that we received dividends in April 2015:

In April we received a total of $866.32 in dividend! Compared to April of 2014 that’s an increase of 43.3%. I know we’ve increased our dividend income quite a bit since last year but I was shocked to see such high YOY increase, especially considering I was only expecting roughly $800 in dividend income for April! The power of compound interest is definitely taking affect and our dividend snowball is getting bigger and bigger as it rolls down the hill.

So far this year we’ve received a total of $3,132.34 in dividend income. This means in the four months in 2015 so far we are averaging $783.08 of dividend income per month. To put that in perspective, if we had a minimum wage job here in BC that pays $10.25 per hour, this means our dividend income has saved us 76 hours of working time per month. If we had a job that pays $20 per hour (that’d be $41,600 in annual salary), it means we’ve saved over 39 hours of time each month. Pretty cool that we’re getting paid while doing absolutely nothing at all right?

Looking forward we are trying to save more money so we can take advantage of the TFSA contribution limit increase. Considering the limit has increased by $4,500 this year, it means Mrs. T and I will have an extra $9,000 contribution room to use. We plan to maximize tax favourable vehicles (ie. TFSA and RRS) before we make more investments in taxable accounts.

Some of the stocks that we’re keeping an eye on for this month are:

How was your April dividend income?