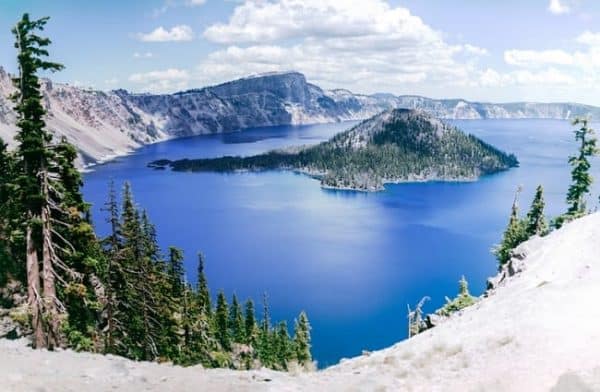 If you’re a Canadian, you may know a tax-advantage savings account called the Registered Educational Savings Plan (RESP). The RESPs are for parents who want to save for their child’s post-secondary education. When you open an RESP for your child, you are eligible for the Canada Education Savings Grant (CESG) where the government pays 20% of the annual contribution you make to all eligible RESPs for a qualifying beneficiary. The maximum CESG is $500 per year with a lifetime limit of $7,200. In other words, if you contribute $2,500  to your child’s RESP, you get a tax-free $500 from the government each year. The beauty of the RESP is that the money can grow tax-free inside the account until it’s withdrawn by the beneficiary (i.e. your child) when he or she starts post-secondary education. While many Canadians know about the RESP and the CESG, many people do not know that Saskatchewan and British Columbia offer additional education grants called the Saskatchewan Advantage Grant for Education Savings (SAGES) and the BC Training & Education Savings Grant (BCTESG).

The Saskatchewan Advantage Grant for Education Savings (SAGES) provides a grant of 10% on the contribution made since Jan 1, 2013, to an RESP with a maximum grant of $250 per child per year for a lifetime maximum of $4,500. To be eligible for the grant, the child must be a resident of Saskatchewan when the contribution is made.

The BC Training and Education Savings Grant (BCTESG), on the other hand, is available for families where the BC government will contribute a one time $1,200 to eligible children born in 2006 or later.

Since we live in BC, have two young kids, and we like free money (who doesn’t?), we started looking into the BCTESG last year to find out the eligibility and what it involves to get the free $1,200.

According to the BC government’s website, all you have to do to get the BC Training and Education Savings Grant is make sure your child is old enough. You can apply for the grant when your child turns six-years-old and before he or she turns nine-years-old (exceptions were made for kids born between 2006 and 2008, but the last day to apply has passed).

Since we have RESPs opened for both kids with Questrade, I thought we wouldn’t need to do anything, and that we would just get a deposit of $1,200 from the BC government whenever our children turn six-years-old.

Baby T1.0 turned six late last year, and I was very excited about having the free $1,200 deposited in his Questrade RESP account.

My excitement was quickly distinguished.

As it turned out, parents or guardians have to apply for the BCTESG (or SAGES if you’re in Saskatchewan). Furthermore, you can only apply for these grants through certain banks and financial institutions. For some unknown reason, although Questrade is eligible for the CESG, Questrade is not an eligible financial institution for the BCTESG and SAGES.

While I really like Questrade and the services they offer, I was a bit annoyed when I found out this news. However, since we also bank with TD Bank and it showed up as one of the 56 banks and financial institutions that offers the BCTESG, I thought I’d open a self-directed family RESP to allow me to invest in either individual stocks or index ETFs.

So, I booked an appointment with TD Bank to open a family RESP so we can apply the BCTESG for Baby T1.0.

My multiple attempts to apply for the BCTESG

Unfortunately, my appointment with the TD Financial Planner lasted less than five minutes. When I walked into the planner’s office and told her that I wanted to open a self-directed RESP account and apply for the BCTESG, I was told I wasn’t allowed. The planner told me that I could only invest in GICs or certain low-risk TD mutual funds with the $1,200. Apparently something to do with risk and stuff.

I left the appointment extremely frustrated, so I called TD. After a bit of a wait, I got a hold of someone and was told the same thing – that I could only “invest” in GICs or certain low-risk TD mutual funds because the BC government wanted to make sure the parents would put the money in a safe investing vehicle.

Given the low-interest rates, GICs were the last thing I wanted to invest in, and I didn’t want to invest in any mutual funds because of my bad experience with high MER mutual funds.

I kept phoning TD, hoping I’d get someone who’s a bit more knowledgeable about the BCTESG.

I got the exact same reply each time.

Unwilling to give up and not wanting to deal with another bank or financial institution, I decided to call a local branch nearby (different than the one where I had my appointment) and see if I could talk to an investment advisor. I was pleased when the advisor told me that I was able to do exactly what I wanted: open a self-directed RESP. So I booked an appointment a few days later to see this investment advisor.

When I met with the TD investment advisor, I told him about my story. After hearing it, he then explained that TD Bank and TD Waterhouse are very different. The people that told me I could only invest in GICs and mutual funds were people from TD Bank. Due to the nature of TD Bank, they could only “sell” me GICs and mutual funds. However, since the investment advisor is from the TD Waterhouse department, he was able to offer more investment options.

He confirmed again that I was able to open a self-directed family RESP and purchase stocks or index ETFs myself. He suggested a family RESP rather than individual RESP for easier management.

Opening a self-directed family RESP was quite simple, all it required was the personal information of Baby T1.0 and Baby T2.0 and signing a few documents. The investment advisor then told me that to apply for the Training and Education Savings Grant, I would need to fill out and sign a few more documents. The whole process was quite simple, although it took some time to fill out and verify everything.

Once I completed everything, I was told that the RESP account would show up on the TD Online Banking after a few days and the BCTESG should show up in 6-12 weeks.

About nine weeks after opening the RESP with TD, the $1,200 BCTESG was deposited. I then used that money to purchase XGRO shares. I decided to go with an all-in-one index ETF for ease of management and diversification. Although I wanted to buy some TD shares with the $1,200, I decided diversification and asset allocation was more important. Looking back rather than investing in XGRO and doing a 20% bonds and 80% stocks split, maybe I should have gone with one of the all equity ETF and hold 100% stocks.

In a few years, when Baby T2.0 turns six, I will make another appointment and fill out the same paperwork to apply for the BCTESG.

If you’re a parent living in either Saskatchewan or BC, make sure you look into the Saskatchewan Advantage Grant for Education Savings and the BC Training and Education Savings Grant. Check with the financial institution that you’re using for RESP and make sure they can apply for the SAGES or BCTESG. If they can’t, then check with another financial institution.

If you get into the same situation as me with TD, or another bank, definitely phone around and see if you can talk to an investment advisor to get more investment-related help rather than having to invest the post-secondary education fund in GICs or mutual funds.

And remember, never say no to free money!