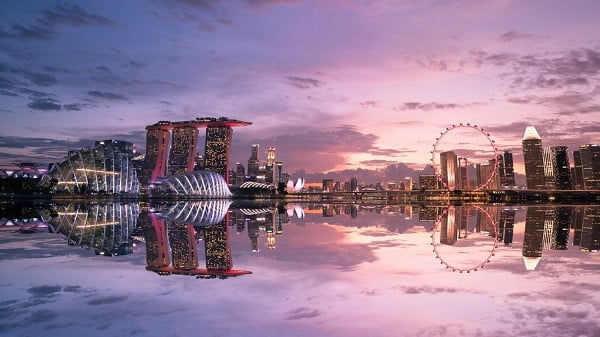 A couple weeks ago, there was a draw for a record-breaking $65 million Lotto Max jackpot. While getting groceries and filling up gas that week, I noticed more people lining up to purchase lottery tickets. Even though the odds of winning was so small, I guess people were enticed by the record-breaking jackpot and the idea of getting millions of dollars.

A few days before the jackpot draw, Jessica asked on Twitter what people would do if you won the lottery.

Jessica’s tweet made me wonder, what would I do if I won the $65 million Lotto Max lottery?

What would I do if I won the $65 million Lotto Max lottery?

First of all, I would donate $5 million to charities. You may recall that it is a dream of mine to be able to write a $1 million cheque and donate it to a charity of choice. Being able to write five cheques for $1M each would be icing on the cake!

Which charities would I donate to? For these charitable donations, I would stay local. Since we donate regularly to BC Children’s Hospital and Greater Vancouver Food Bank, they would definitely be on my list. The five charities I would pick are:

For the remaining $60 million, I would dividend them up to the following:

Wow, it was a lot harder than I expected! It was a hard exercise to figure out what to do with all that money and I really had to play around with the amount to make sure everything added up to $60M. It sure is tough to be a lottery winner, ha!

Below are explanations of what I’d do.

Given the nature of dividend growth stocks, the financial freedom portfolio should have no problem keeping up with inflation. In addition, the portfolio should continue to appreciate in value.

“Earning” $300k a year means Mrs. T and I would only work if we really wanted to. Given some of the plans I have below, we probably wouldn’t be working but would just be volunteering our time.

I have been very fortunate to receive a number of scholarships throughout my university days. I would like to return this to deserving students by creating an educational scholarship trust. To make sure the scholarship trust can last, I would invest the $15 million into 3 index ETFs – Vanguard Canada All Cap (VCN.TO), iShares Core MSCI All Country World ex Canada (XAW.TO), and BMO Aggregate Bond Index (ZAG.TO). I would take a balanced investment approach and invest 40% in ZAG, 20% in VCN, and 40% in XAW.

I would find a third party to run the educational scholarship trust. Each year, a 4% withdrawal from the trust would be made. The money is then awarded to the deserving students. Mrs. T and I would be involved during the decision process. Depending on the market return, the fund should be able to generate around $500k a year. The $500k can be distributed at different amounts ranging from $1,000 to $5,000.

Although I have given $5 million to charities, I want to continue the giving gesture each year. That’s where the Giving Fund comes in. To keep things simple, I would set up the Giving Fund exactly the same way as the educational scholarship fund and invest the $15 million in VCN, XAW, and ZAG. Each year, I would withdraw 4% from the fund and donate all that money to the different charities.

$10 million to start a non-profit organization

Having a supportive community is very important in my eyes, which is why I want to give back as much as I can. I would love to be able to set up a non-profit organization to help out women, visible minorities, new immigrants, and high-risk kids. The organization will be there to provide a helping hand to people in need by providing food, health care, emotional support, financial support, education, etc.

While I want to make sure Baby T1.0 and Baby T2.0 will be OK financially, I want them to learn how to be financially responsible as well. I don’t want them to become spoiled kids because we won the $65 million lottery jackpot. The kids’ investment portfolios would be structured very similar to the kids’ dividend portfolio. We would purchase some dividend-paying stocks and fully reinvest all the dividends received. When both kids are older, we would get them involved in managing the portfolio. When they turn 21 and can show that they are financially responsible, we would designate the portfolios under their names (I suppose there will be capital gain consequences).

$2 million for miscellaneous stuff and helping out family

Given that our financial freedom portfolio should be able to generate close to $300,000 per year, I don’t know if we need $4 million cash set aside for travelling. But I would love to use the $4 million and take my family, my parents, my brother and his wife, Mrs. T’s parents, her siblings’ families on a round the world trip for a year. If possible, I’d love to fly everyone in business class and make this a once-in-a-life-time experience.

For the “last” $2 million, I would use it to invest in small businesses that seem interesting to me. Maybe I would invest in small tech startups, or invest in sustainable farms, or invest in local bakeries, restaurants, or breweries. I think the possibilities are endless. This would be considered as the play money and I wouldn’t be too concerned with the return on the investment.

What would you do with $65 million?

Above is what I would do if I were to win the $65 million Lotto Max jackpot. $65 million definitely is a lot of money and it has been very interesting to dream up what I’d do with the money. It also makes me wonder what these multi-millionaires and billionaires do with their money.

What would you do with $65 million? Would you invest it wisely? Or go to the casino and put it all on black?