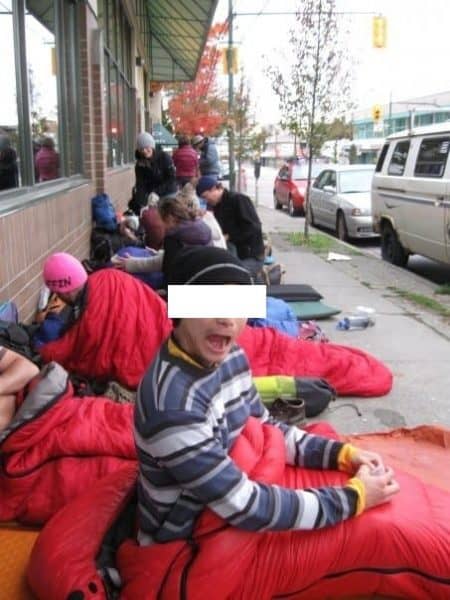 Believe it or not, back in my 20’s I didn’t know anything about budgeting and very little about investing. The only thing I knew was that I needed to spend less than I learn. Whatever money I earned from working, I’d make sure that I spent less than that amount, often a lot less. To save as much money as I could, I often did some very weird things. Below are some weird things I did to save money in my 20’s.

Moving back with parents

When I graduated from university, my parents convinced me to move back home with them. It wasn’t because I had no job. In fact, I found a full time job very quickly after graduation. Because my work was just about 20 minutes from my parents’ place, it made some sense to move back home to save commute time. Furthermore, after some quick calculation, I quickly realized how much money I could save by living at home. So for 1.5 year I continued living like a poor student, paid no rent, ate food for free, and spent very little money. Occasionally I would find excuses to not to go out with friends. During the period of a year, I was able to achieve very high savings rate which certainly helped setting me up well financially. 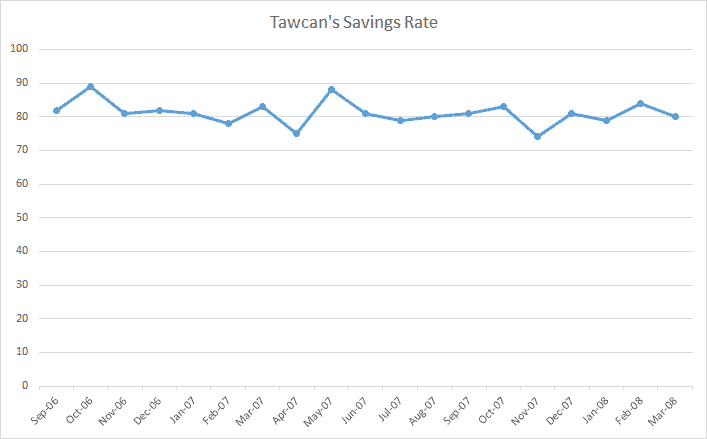 Sleeping in airports and train stations

During university I had the chance to work in Germany for 8 months. During this time I was very careful with my everyday expenses as I was saving money so I could travel around Europe. While traveling, I was extremely frugal as well. On many occasions I would purchase very cheap airfares from Ryanair or EasyJet so I could explore different European cities. To save as much money as possible, I occasionally skipped hostels and slept in airports and train stations. Let’s just say that I had received many odd looks from other people for sleeping in a train station.

Drying clothes on drying rack in midst of winter

When I finally moved out from my parents’ place and shared an apartment with a friend, I was trying to save money whenever I could. Instead of paying $2.50 for each dryer load, I would dry my clothes on a drying rack. Typically to speed up the drying time, I would open my bedroom windows. Perhaps a surprise to some, I would do this in the winter too. I would turn off the heat and open my bedroom windows. Vancouver winters can get cold (near 0 degree Celsius or below occasionally). To combat the cold, I would wear thick jacket in my room. At night I would sleep in my -12C down sleeping bag. My roommate must have thought I was crazy. 🙂

Camping out on the street for deals

If you’re a Canadian, you’re probably heard of Mountain Equipment Co-op (MEC). If you haven’t, it’s one of the biggest outdoor stores here in Canada (REI equivalent if you’re an American). MEC used to have semi-annual sales called Gear Swap. At Gear Swap, people could sell their used outdoor gear and MEC would often sell their rental gear. The outdoor gear were heavily discounted, often as high as 90%. Because the deals were so good, to get the highly desired gear (i.e. skis, canoes, etc), many people would camp out in front of the store the night before. Yours truly did the same as well. I must have camped out in front of the Vancouver MEC store 4 or 5 times so I could be the first 15 people in line to get what I wanted. Just how crazy were the discounts? I purchased a pair of MSR snowshoes for $20, regularly priced about $300; I purchased a tent for $20, regularly priced for $400. Thanks to Gear Swap I was able to save over $2,500 for all my outdoor gear. 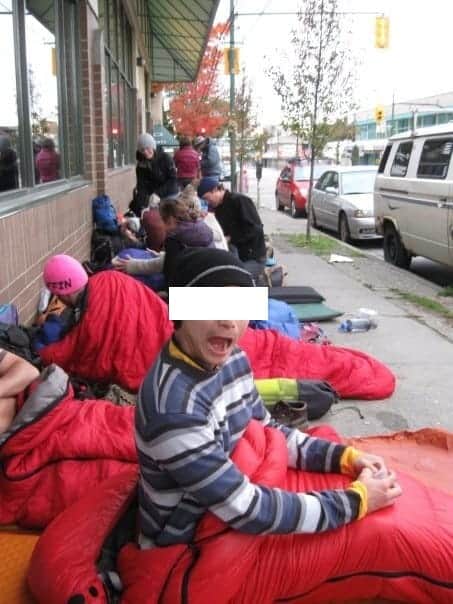 waking up in front of MEC

During my university days, I “borrowed” a neighbour’s unsecured wifi hot-spot so I didn’t have to pay for the internet. The neighbour’s wifi was very reliable though – the said neighbour would unplug the wifi router at exactly 11 PM every night. So I had to make sure I got all the work done that required internet before 11 PM.

If you’ve been to Costco, you know that there are usually have free samples around lunch and dinner time. Who do you think went around Costco before lunch or/and dinner time, to take advantage of the free samples? Yup, yours truly. 🙂 I would walk around the Costco warehouse a few times, visiting the sample stands at least couple of times.

Calculating the most efficient way to get drunk

Needed to get drunk fast and cheap? What’s the most cost efficient way? Easy, by consuming the highest percentage liquor available. Say hello to Barcadi 151! Boy that stuff burned but it sure was effective! (It’s 75.5% alcohol in case you’re wondering).

Whenever I went out with friends, I would pre-drink. At bars or nightclubs, I would either order the cheapest drink available or nothing at all. I have to confess, as a way to save money, on a few occasions I would leave my wallet at home so I had no money to spend. I would convince my friends to buy me drink. Talk about being cheap. 🙂

Dear readers, what are some weird things you’ve done to save money?