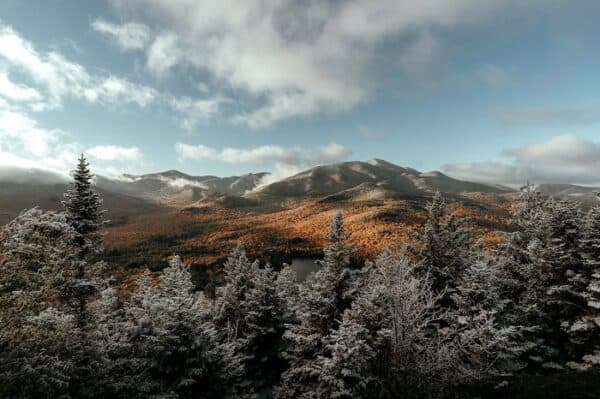 What is a status symbol? According to Investopedia, a status symbol is generally an object that signifies its owners’ high social and economic standing. So things like luxury cars, designer clothes, McMansions, fancy watches, latest phones are some examples of status symbols. It also leads to these common conversations that I hear often or have been a part of…

Person A: “Did you see what so and so is driving?”

But is it really true that because someone has fancy cars they’re automatically rich?

Most of the readers probably know that’s a fallacy. That’s an incorrect assumption. People can have expensive things by borrowing money or taking on debt to pay for them; owning expensive things doesn’t necessarily mean someone is rich.

This is also why social media, like Facebook, TikTok, and Instagram, can be so toxic. It is easy to get bombarded by pictures of people in their luxury cars, designer clothes, and exotic vacations, making you want to show off or want to have these expensive things.

Maybe, just maybe, we should be focusing on experiences, time freedom, flexibility, and the power to turn down a money-making opportunity. This is why Financial Independence Retire Early is powerful – using your money to improve your life and focus on the things that are important to you and your family.

Good reads from the PF community

Here are some great articles I came across from the personal finance community.

Rob Carrick pointed out 9 Canadian blue chip stocks with 6% yield that are there for the taking – “As stocks dropped yet again this week, I took a look at dividend yields for the big blue chips in the S&P/TSX 60 index. Yields of 6 per cent and higher were available from eight companies, each with a good record of dividend growth over the past five years. Yet another company had a yield of 5.9 per cent.” The article is behind a paywall so in case you’re wondering, the 9 stocks are: ENB, AQN, TRP, BCE, POW, BNS, CM, PPL, and T. Many of these are on my best Canadian dividend stock list.

Market strategist and historian Russel Napier warns of a 15 to 20-year phase of structurally evaluated inflation and financial repression. What does this new world mean for investors? According to Napier – “First of all: avoid government bonds. Investors in government debt are the ones who will be robbed slowly. Within equities, there are sectors that will do very well. The great problems we have – energy, climate change, defence, inequality, our dependence on production from China – will all be solved by massive investment. This capex boom could last for a long time. Companies that are geared to this renaissance of capital spending will do well. Gold will do well once people realise that inflation won’t come down to pre-2020 levels but will settle between 4 and 6%. The disappointing performance of gold this year is somewhat clouded by the strong dollar. In yen, euro or sterling, gold has done pretty well already.”

I truly believe be an owner is a simple and easy investment strategy. In case you’re looking to invest in US companies, Joseph Carlson reviewed the top brands in the US

I enjoyed the recent article by Lazy Man and Money called Moving from semi-passive to fully passive income – “I was getting ready to write my monthly passive income report and took a little look into our equity investments and real estate investments. I wanted to figure out whether selling our investment property and investing the money in the stock market was the right move. It’s the classic stocks vs. real estate question.“

Nick at Of Dollars and Data explained how to spend without regrets – “There’s no right way to spend money. After recently posting about inheritances and spending in retirement, I know just how true this is. However, there are ways to make it easier. Whether that means using a rule, focusing on your values, or collecting more memory dividends, spending money can (and should) be enjoyable. After all, what was the point of saving all that money in the first place?“

Here’s a cool visualization of how Berkshire Hathaway’s holdings changed from 1994 to 2022. It’s interesting that Berkshire Hathaway has 36.7% of the portfolio in Apple, 10.5% in Bank of America, and 20.1% in cash.

Mark and Joe at Cashflows and Portfolios break down when Beat the TSX (BTSX) works and when it doesn’t – “The long-term results of Beating the TSX are pretty impressive. Over the last 30 years, it has averaged 12.2% per year versus 9.8% for the benchmark TSX 60 index. This means that if you had invested $10,000 in BTSX back when David Stanley started tracking the data, you would have over twice as much as if you’d invested in the index ($359,000 vs. $161,000). Of course, the average mutual fund investor would be far worse off than either. As I write this, the S&P/TSX is down about 16% this year, the TSX60 is down almost 10%, but the BTSX portfolio is still in positive territory, although barely so.“

Jeremy and Winnie from Go Curry Cracker have been retired for 10 years. They shared 10 observations from 10 years of early retirement. This one is my favourite – “When I walk into Costco at 10:30 on a Tuesday, the average age of the customer base drops. It’s just me and a bunch of other retirees with no lines. The bike trail is way less crowded on Monday than Saturday. Jr’s school lets out at 2:45… it is often me and a bunch of other stay-at-home parents hanging out in the parking lot on a sunny afternoon (more and more with bikes!) Perhaps a similar life experience is possible with new work-from-home arrangements, but I’m pretty sure the retirement schedule is the best schedule.“

I really enjoyed this video demonstrating that success isn’t linear:

I recorded a fun interview with Mike from The Dividend Guy while I was in Taiwan. The interview is finally out. Check it out!

I’ll wrap up this post with a great quote that all investors need to keep in mind:

In the long run, investing is not about markets at all. Investing is about enjoying the returns earned by businesses.

Have a great weekend everyone!