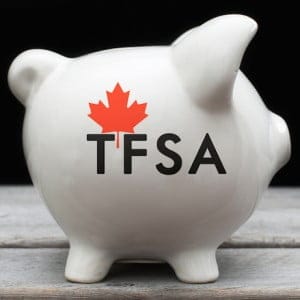 Since we track our RRSP And TFSA contributions meticulously, we were totally shocked to see these letters about TFSA over contribution. Our first thought was that the CRA made a mistake. We have always contributed the maximum allowed amount each year. The contributions to Mrs. T’s account added up to the same amount of the maximum allowed limit since TFSA was available in 2009. Needless to say, we were very confused and I was freaking out about the penalty amount we had to pay. Since we went through this TFSA nightmare with the CRA and many Canadians have encountered the same problem, I thought I’d put together a guide on what to do with TFSA over contribution and how to ask the CRA for forgiveness.

What is the TFSA?

The Tax Free Savings Account was introduced in 2008 by the late Jim Flaherty and came into effect on January 1, 2009. It is a tax-advantaged account available to eligible individuals who are 18 or older with a valid social insurance number to set money aside to grow tax-free throughout their lifetime. You make a contribution to the TFSA with after-tax dollars. Unlike the RRSP, there is no income tax deduction with the TFSA. However, there are no complicated withdrawal rules and strategies involved with the TFSA. Contributions as well as any growth generated in the account are tax-free when you withdraw from the TFSA.

For more info on what you can and cannot invest in your TFSA, check out this ultimate TFSA guide I’ve put together.

What is a TFSA Over-Contribution?

Note: RRSP has a $2,000 over contribution buffer. But there’s no such buffer with TFSAs, so you need to track your TFSA contributions very carefully.

How do you know if you over-contributed to your TFSA?

If you have over contributed to your TFSA, you will receive an “Excess Amount Letter” from the CRA. The letter will instruct you to remove the excess immediately. You will also receive a “Proposed TFSA Return” letter in which the CRA calculates the amount of penalties you owe.

The CRA has also stated that you can log in to your CRA account to check your TFSA contribution room. However, I have noticed that my CRA account isn’t always up to date. For example, although I have already maxed out my TFSA room for this year, my CRA account still says I have $6,000 left for contribution.

What do I do if I over contributed to my TFSA?

The next morning after receiving the TFSA over contribution letters, Mrs. T phoned the CRA many times and eventually managed to talk to a CRA representative. She quickly found out that we did make a mistake in our calculation of her TFSA contribution limit.

According to the TFSA contribution rules:

Starting in 2009, TFSA contribution room accumulates every year, if at any time in the calendar year you are 18 years of age or older, have a valid Canadian social insurance number and are a resident of Canada.

So that’s exactly why we had over contributed to Mrs. T’s TFSA. Oops, we misread the TFSA contribution rules and the part about being a resident of Canada. For some reason, we just thought she was eligible to start in 2009, just like me. But the difference is that I was a Canadian citizen in 2009 while she did not become a Canadian resident until 2011.

In our case, when Mrs. T became a Canadian permanent resident, we immediately set up her TFSA account with Questrade. We then deposited $15,000 to her TFSA – then every January since we moved the maximum allowed amount for that year to her TFSA.

Since we didn’t receive the TFSA over contribution letter until three years later, the mistake compounded itself and the CRA deemed that we had to pay three years’ worth of contribution penalties of $3,600.

Ouch! That was a costly mistake!

Side Note: When we figured out the mistake, we were a bit annoyed why it took three years for the CRA to notify us. You’d think the CRA is communicating with Canadian financial institutions and tracking each individual’s TFSA contributions closely.

Un-doing the over contribution mistake

Because our TFSA over contribution mistake was made in 2012, the 1% tax penalty continued until we were notified. CRA calculates the penalty by how much you over-contributed. It will continue to apply until whichever of the following happens first:

As mentioned, because we made the new maximum allowed annual contribution at the beginning of each year for Mrs. T’s TFSA, the excess amount was never absorbed by the additional unused TFSA contribution room in the following years. So, our honest TFSA over contribution mistake resulted in a TFSA tax penalty of $3,600. Ouch!

During the phone conversation, Mrs. T asked the CRA representative what to do and learned that we should withdraw the over contribution amount immediately, send a cheque with the full tax penalty amount owed, and a letter with our explanations and plead for our case. This is exactly what we did. After her phone call with the CRA representative, we immediately transferred the excess amount from her TFSA to her taxable account within Questrade. Given we did an in-kind stock transfer rather than a cash transfer and stock share price varies each day, we transferred enough shares of the different stocks to make sure we withdrew more than $10,000 just to be on the safe side.

Step-by-Step Guide on TFSA over contributions

In case you want to see a step-by-step summary of what we did for over contributing TFSA:

Here’s our TFSA over contribution penalty waiver letter that we sent to the CRA in case you wanted to see an example.

To whom it may concern,

I’m writing to you because I received a letter from Canadian Revenue Agency stating that I have over-contributed $10,000 for the past three years. I would like to request for administrator relief as the TFSA over contribution was caused by an honest mistake.

The senior help desk officer told me on the phone that I could not contribute to the TFSA before I became a permanent resident, so that explained the extra $10,000 in my TFSA account. I made a mistake in thinking that I was eligible for the 2009 and 2010 contribution limits. I have contributed an extra $10,000 without knowing that my eligibility to TFSA did not start until 2011. This over contribution carried forward each year since I have been maximizing my TFSA contribution room each year.

I simply misunderstood what I was allowed to contribute. I have withdrawn the $10,000 from the TFSA since receiving the initial letter on Jan 22nd. And since I have continued to contribute to the account in the years following 2012, it will show an excess of money contributed in 2013, 2014 and 2015. That should be solved now since I have moved the money. I have not received a letter from CRA regarding 2014 yet, but I know that I have contributed the maximum amount each year. Please see page 2 for details.

So I would very much like to apologize for this misunderstanding and ask for an administrator relief on the amount I owe.

Thank you so much for your understanding.

We then included a second page with all the contribution history.

As mentioned, we forgot to include proof of our TFSA withdrawal for the excess amount contributed. You should definitely include the evidence with the TFSA over contribution penalty waiver letter to reduce the CRA’s decision making time.

To Whom It May Concern:

Please see attached documents for specific information about the withdrawals.

Thank you for your consideration regarding this case.

Our experience with CRA and TFSA over contribution

When Mrs. T talked to the CRA agent, the agent was quite sympathetic with our situation. She understood it was an honest mistake that compounded itself over the years. The agent also found it odd that we didn’t get informed until three years after the fact. She didn’t go as far as saying that the CRA would forgive us and waive the penalty tax, though. Since it would take 12 weeks or more to process our case, she strongly recommended us paying the penalty right away to avoid further penalties.

A few months after we sent in all the information, including the withdrawal statement, I noticed that we got a direct deposit from the CRA for the amount we sent them, plus interest. Shortly after, we received a letter from the CRA stating that they agreed with us and decided to waive the penalty tax that we owe for the three years. Since they were still waiting for Questrade to provide the 2015 contribution information, they couldn’t waive the 2015 penalty tax. We were informed that we would probably get a TFSA over contribution letter for 2015 and need to plead for forgiveness again.

A few months after receiving the forgiveness letter from the CRA, we received another letter stating that we had been forgiven completely for our honest mistake. This meant we didn’t have to go through the TFSA over contribution process and plead for forgiveness again.

It was quite an experience to have to contact the CRA and plead for forgiveness. The penalty compounded over three years was a significant amount and you certainly don’t want to make the mistake of over contributing to your TFSA.

Therefore, if you have a TFSA, definitely make sure you keep track of your contribution amount, this is especially true if you have multiple TFSAs with different financial institutions.

Dear readers, do you have any experience with TFSA over contributions that you want to share?