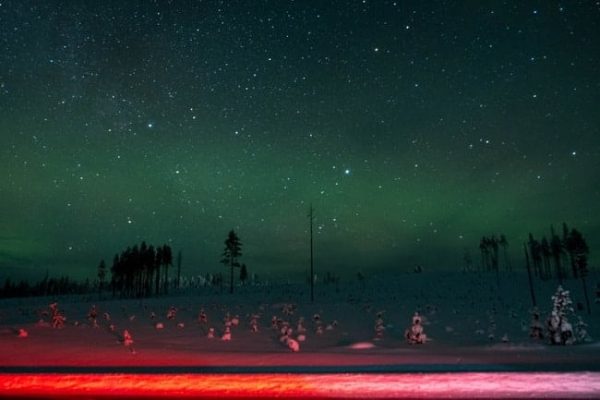 Long time readers may remember that the first stock I purchased was ING Canada. ING Canada caught my interest initially because my parents used ING for their house insurance. I also thought ING Canada owned ING, the bank (which became Tangerine years later), but that wasn’t the case.

Although I bought a few more individual stocks (i.e. Manulife and Royal Bank) later, I was investing mostly via mutual funds. I was letting other people manage my money and paying them a lofty amount of fees each year rather than managing my money myself.

Then in 2011, Mrs. T and I had a financial epiphany after reading Secret of Millionaire Mind Set and attending the Millionaire Mind Intensive seminar together. We started reading more investment-related books, learned more about money and investing, and took charge of our finances.

Ten years after our financial epiphany, we have hit several key financial milestones. We have celebrated these milestones while staying focused on our ultimate goal – becoming financially independent in our 40’s and eventually retiring early on our own terms.

1. Know thyself. What kind of investor are you?

“I have a large sum of cash. Do I do a lump sum investment? Or do I spread it out and dollar cost average?”

After years of investing experience, I know how I feel if I have a large sum of cash. I will always prefer investing all the cash all at once in a lump sum. Why? Because I can sleep better at night, knowing that my money is fully invested in the market and it’s working hard for me. But most importantly, I stop second-guessing myself.

I found myself quibbling over eights and quarters and the questions would never end!

So knowing myself, I do lump sum investing.

But if you don’t like the idea of lump sum and feel better spreading the money out over a period, also known as dollar cost average, that’s perfectly fine too. However, I want to stress that when it comes to dollar cost average, it is vitally important to set a predetermined plan, stick with the plan, and remove emotions from investing.

For example, say you have $40,000 to invest. You may decide to invest the money across four months. Set up a plan for yourself and keep things simple. So invest $10,000 every second Tuesday of the month for four months straight, regardless of what the market does on these purchasing days.

Once you set up the plan, don’t deviate from it. If the market is up, buy; if the market is down, buy as well. It doesn’t matter if you’re buying one of the best Canadian dividend stocks or one of the all-in-one ETFs.

Say you don’t pull the buy trigger on the second Tuesday of the month because the market goes way up on that day. You decide to wait, but the market continues to go up for two straight weeks before it drops. Now what? Do you purchase when the market finally drops? Or do you skip that month’s investment altogether and wait till the next month?

See how things can get messy quickly?

So stick with the plan and don’t deviate from it.

2. Time in the market is far more important than timing the market

“Do I invest now? The market is basically at record-high values. What if I invest now and the market drops by 30%? Isn’t it far better to wait on the sideline and wait for a market correction?”

In fact, I have written about this topic throughout the years.

I get it, people are concerned that the bull market will run out of steam and they don’t want to invest at the top of the market.

Does market timing work? Sure, if you can predict the future. But most of us are lousy at predicting the future and are at best only correct 50% of the time.

Is the bull market about to end? Is the recession coming? I have no clue. Your guess is as good as mine.

Notice how many dips throughout the year? How would you honestly know at the time of these dips if the S&P 500 would continue to go down or it would recover?

If you had invested at the one year top (February 2020) and sold nothing since, your portfolio would have recovered and exceeded the February 2020 value.

Now if you happened to do a lump sum purchase (see the previous point) around mid to late March last year, you would have done remarkably well.

On the other hand, if you did some dollar cost average throughout the past year, you would have done well too.

But what if you sat on the sideline since March of last year because you’re worried about additional market corrections? You would have missed out this run completely.

If we zoom out and look at the five year chart, notice how most of the previous dips aren’t all that significant anymore?

What would happen if you had bought at the “market peak” in early 2018? Yup, you would be doing pretty well now.

What if in 2017 you thought the market was too overvalued and you decided to hold cash and wait for a correction? Yup, you would have missed this S&P 500 run up to almost 4,000 points.

What if we zoom out even further?

What if you had purchased the S&P 500 index fund at the peak of the dot-com bubble and not touched anything since?

You guess it – you would have more than doubled your money.

This is another reason why you should only invest with money you do not need for at least the next 3 years. That way, you aren’t forced to sell when the market is stumbling.

When I first started DIY investing, I used to look at analysts’ estimates, price targets, and their recommendations. Is the stock a buy, a hold or a sell? I would then base my buy decision solely on these analysts’ recommendations.

Over time, I realized the analysts may not know all that much more than the average investors like you and me. These analysts are using financial numbers and tools to come up with their recommendations. But even with all that knowledge, the analysts are right only 50% of the time.

So do your own research and analysis. Don’t base your buying decisions purely on these “experts’” opinions.

Furthermore, most of these analysts are looking at stocks from a short term point of view. If you’re a long term investor like us, then definitely ignore these price targets. They don’t mean anything.

4. When speculating, limit your exposure and have an exit plan

The GameStop and the Reddit-fueled Meme stocks rally have been interesting. While some people have certainly made a ton of money, unfortunately, many investors got sucked into the hype, bought the stock(s) at an extremely high price, and lost a lot of money.

Take Mr. Salvador Vergara for example. Like many people who got inspired by the FIRE movement, Salvador started investing four years ago. To save money and stay frugal, he drives a 1998 Honda Civic, lives with his dad, and eats cheaply. He invests all his savings, mostly in diversified index funds, which values about $50,000.

But he got sucked into the GameStop hype and didn’t want to miss out. Rather than investing with his own money, he took out a $20,000 personal loan with an 11.19% interest rate from a credit union and used it to fund most of his GameStop purchase. He seriously thought that the stock price could go up to $1,000 per share. He bought the shares at $234 each. GME closed on Feb 17 at $45.94. Down by over 80%!

Note: On Mar 9 when I updated this post again, GME closed at $249.60. Hopefully Salvador held onto his shares and decided to sell rather than hoping the share could go up to $1,000 per share.

He plans to hold on to the shares because he believes in the company’s turnaround. He now uses his paycheques to cover the monthly payments on the personal loan.

If Salvador were to have bought GameStop shares with his own money using only a small portion of his portfolio (say less than 5% which would be $2,500), he would not be in this sticky situation. In this case, since he would be speculating with his own money and only a small portion of his portfolio, he could cut the loss and stop the bleeding. He wouldn’t be forced to hold on to the GameStop shares.

To be completely honest and transparent. I bought Nokia (NOK) and AMC Entertainment Holdings (AMC) during the Reddit-fueled rally. But I was “speculating” with play money, about $2,000 USD worth. Unlike Salvador, this was a tiny fraction of our portfolio value.

While I was looking for a potential big upside, if the rally continued, I wasn’t expecting these two trades to be life changing trades. I knew the potential upside and the huge risk involved. I was OK with the upside and downside – I was OK if I were to lose it all.

Before making the trade, I also set the plan to sell both stocks exactly a week later, no matter what the stock price would be. I wanted to separate my emotion from these two speculative trades. I knew that if I could execute my plan flawlessly, I would learn an investment lesson, regardless whether or not I made money.

I knew the risks involved before pulling the buy trigger on these two highly speculative trades. I knew these weren’t investments. I sold the stocks exactly a week later and ended up on the losing end of these two trades. During that week I was glued to the stock price and I was checking the WallStreetBets subreddit multiple times a day.

This was not how I wanted to do it. I was tied to the market and it was not pleasant at all.

A lesson learned for me? Don’t buy into the hype. If you do, it is important to have an out plan and execute it flawlessly. Do not deviate from your out plan!

5. You are never done learning

The last lesson is probably the most important of it all. I have realized that there is always something else to learn. I am not an expert investor and I will never claim to be one. I can learn by talking to like-minded people, I can learn by picking up a book, I can learn by reading personal finance blogs, I can learn by teaching my kids about investing, etc.

I have recommended a few books and from time to time, I would re-read them and find myself picking up new knowledge.

While you’re at it, check out some of these posts that might come in handy:

So be open to learning new things, even from the least possible sources.

12 thoughts on “Five lessons I’ve learned as an investor”