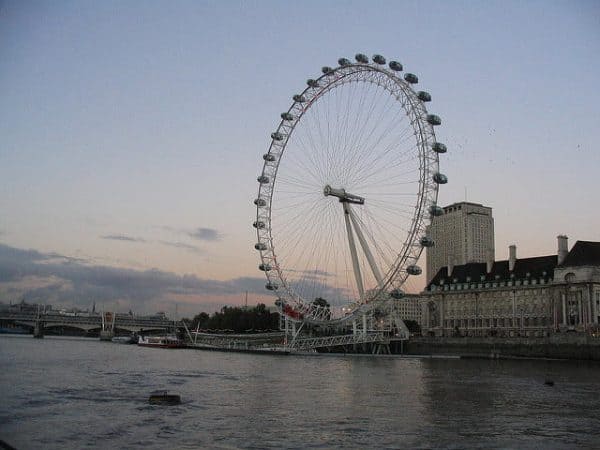 Back in 2004 I had an 8 month engineering Co-operative Education (Co-op for short) term ahead of me. After 12 straight months and 3 terms of intense engineering program at the University of British Columbia where I was taking 8 courses each term, I was ready for a break from school. On top of school, I was tired of living on the UBC campus. I knew a few people that worked oversea previously and all of them raved about living abroad and their great travel experience. So during the winter of 2004 I applied all the oversea Co-op positions available. By early March I had a couple of Co-op job offers but none were from oversea. On the last day that all the other job offers were expiring, I finally received an offer from a German laser research lab. Without any hesitations, I turned down other better-paid jobs and accepted an lower-paid-800€ job in Germany. At that time I was more focused on living abroad and exploring the world than earning money. Here’s my story on how I managed 8 months of European travel on extreme budget.

800€ might sound like a lot of money given the exchange rate. But that was before the two fixed monthly expenses.

Therefore, I was left with a total of 390€ per month to live on and for traveling.

Prior to the 8 month Co-op term started, I was saving money while studying. I have heard that most oversea companies didn’t not offer high salaries. So I saved with the belief that I would be working oversea for 8 months. I was trying to save money whenever I could.

How I lived in Germany on extreme budget

How I traveled Europe on extreme budget

I managed to traveled all over Europe during my 8 months stay in Hanover. It was amazing to be working and traveling in Europe at the same time. On weekdays I was a normal Co-op student, on weekends I was a road warrior. This was an unique experience. During the 8 months stay, I confirmed that books and classrooms could only teach you so many things. Valuable life experience and knowledge should be obtained from traveling. Here are places I went:

Traveling for 8 months in European gave me a lot of interesting encounters that I will never forget.

Being young and fearless, European travel on extreme budget meant I had a few interesting encounters. Mostly were caused by my foolishness. Here are a few travel oops.

My 8 months stay in Germany was a once-in-a-lifetime experience. I was able to enjoy the backpacker lifestyle during weekends and worked and earned money during weekdays. It was wonderful to have a “home spot” to recover from all the travels. European travel on extreme budget was indeed possible, as long as you plan ahead.

At end of the 8 months I came to the realization that it was time to go back home to Vancouver and resume my student life. I would have loved to go to Ireland, Hungary, Poland, and Sweden but these countries would need to wait.