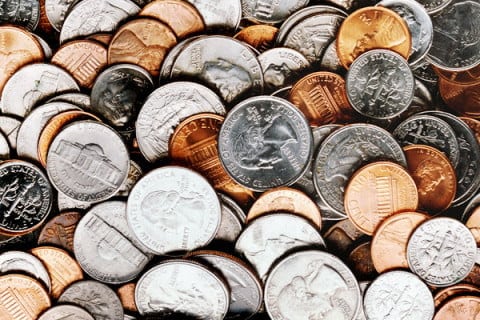 We have been tracking our expenses since 2011 using an Excel sheet with 6 different accounts and different categories within each account. Thanks to having a budget/expense tracking system, our net worth has increased by 250% in 5 years!

Our budget system is similar to the envelop budget system where you allocate a certain amount of month to an expense category each month. The minor different being we are not too bogged down if we are under or over the set monthly amount. Rather, we review the annual expenses in each account at end of each year and see which categories we can reduce and optimize. This allows a bit of flexibility as expenses in some months can be higher (like when we host dinners), and some months can be lower.

A trend that I noticed over the last half year or so is that our food expenses have been creeping up slowly. I used to go to Costco once a month to get what we need. Lately I have been going to Costco two or three times a month. Although we always shop at Costco with a list to ensure our sanity, we have been adding semi-unnecessary or good-to-have items on the shopping list (like pasta, rice, tomato sauce, etc). As a result, our pantry and freezer are both quite well-stocked.

We are doing great in the other accounts. However, the increase in food and a few other expenses within the necessities account meant we have spent over $2,000 than what we have allocated. With only have 2 more months to go this year, I have been feeling a bit worried that we would end up with a gigantic deficit.

So last night Mrs. T and I sat down and went through our budget Excel sheet to see what we can do to get back to a balanced necessities budget.

We then did a quick comparison between 2015 and 2016. A few things jumped out at us right away…

Baby T1.0 is now eating more food than last year and we just introduced solids to Baby T2.0. But I doubt these two are eating an extra $130 worth of food each month. Therefore, an increase of $130 per month is a bit concerning, specifically knowing that we are growing and eating our own vegetables and herbs.

After analyzing the numbers, we were quick to come up with a plan of action:

From now until middle of December (we’ll be in Denmark for Christmas), we are not buying any meat. We will use what we have in the freezer. We will also use what we have in the garden and pantry first. We will purchase produce from a local produce store rather than Costco as things are significantly cheaper at the local produce store (i.e. apples $1.50/lb at Costco vs $0.69/lb). Since we eat eggs for breakfast every morning, we will continue buying organic eggs from Costco and will buy fish occasionally to increase our fish consumption. While our spending of household items has reduced compared to 2015, we will limit Honest company monthly shipment to only one shipment for rest of 2016.

Why I love our budget system and the Excel sheet that we use? Because we can do analysis so quickly. Gotta love having a supportive spouse that’s totally on board with frugality and working toward financial independence.

Will we be successful in having a balanced necessities budget by end of 2016? I think so but we will find out once 2016 is over. I have my fingers crossed.

Dear readers, do you go over your budget regularly to see what you can reduce or optimize? Is your significant other on board with tracking expenses? Are you tracking together or separately?