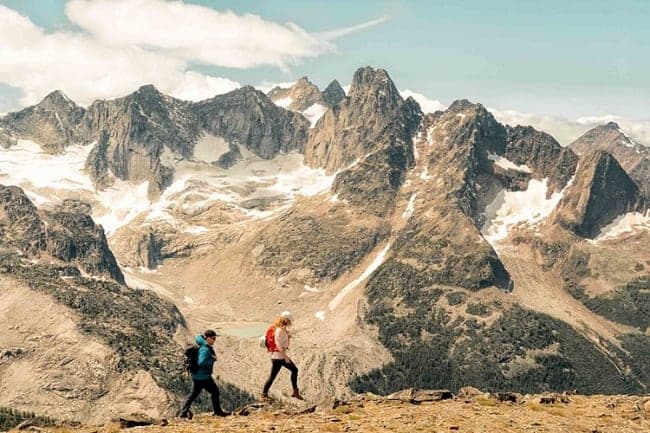 As parents, we encountered a lot of struggles when Baby T1.0 was born, both emotionally and mentally. In the first few days of his life, Baby T1.0 lost 14% of his birth weight. While it’s normal for babies to lose some weight after birth, it is necessary to take some action if the loss is over 10%.

When Baby T1.0 was three days old, our midwives told us to go to BC Women’s hospital to get some blood work done (he was born at home) and to get some donor milk to help with his weight gain. When we returned home and were about to start making dinner, the midwives called.

I picked up the phone in the living room and was told that we had to go to the hospital for a jaundice treatment immediately. Baby T1.0’s bilirubin level was quite high and the midwives were very concerned, especially given the higher than usual weight loss. While on the phone, I looked at Mrs. T, who was sitting in the next room trying to feed Baby T1.0 with the donor milk through a tube stuck in the bottle and trying to breastfeed him at the same time. All I could see was Mrs. T was crying uncontrollably. She was scared. She was scared that our little tiny boy would not make it.

I was scared too, but I tried to be strong and supportive. This was completely new territory for me.

After sitting in the lobby at the hospital for over 30 minutes due to some confusion whether we were in the right place, we were finally admitted and Baby T1.0 was immediately put in an incubator with lights to help him break down bilirubin in his body. The nurses and doctor then put us on a strict three-hour feeding schedule to get his weight up. This meant feeding Baby T1.0 exactly at midnight, 3 AM, 6 AM, 9 AM, noon, 3 PM, 6 PM, 9 PM, then repeating the entire feeding cycle again. We were also encouraged to squeeze in one or two extra feeds in between if it was possible.

At first, we both thought the three-hour feeding schedule would be manageable but we were completely wrong.

It was a lot harder than we had imagined.

Each feeding took about 1 to 1.5 hours because we had to feed Baby T1.0 from the breasts, as well as supplement with donor’s milk and expressed breast milk (and later we had to introduce formula to further help with the weight gain). After every feed, Mrs. T would then pump to get some expressed milk for the next feeding.

Given we had to do a feeding every three hours, this meant we only got 1.5 hours of sleep at most in between each one. We did this crazy demanding three-hour feeding schedule for almost three months because Baby T1.0 was very slow in gaining weight. We didn’t know what else to do. We didn’t want to feed him too much donor/express milk and formula from the bottle as we were concerned about nipple confusion. We wanted him to feed from the breasts and get the best nutrients from his mother. Baby T1.0 would often wake up screaming. When that happened, more often than not, it wasn’t time to feed yet, so we would try to get him to fall back to sleep by holding him and bouncing him.

Magically, I managed to go to work and manage some multi-million dollar projects without passing out from lack of sleep.

What we realize now is that we should have just put him to the breasts and fed him, rather than sticking to the insane crazy three-hour feeding schedule.

If we had done that, things would have been simpler. We would be able to get some sleep and also feel better as new parents.

Due to this experience, we held a lot of guilt to our chests, especially Mrs. T. We felt that we didn’t have time to enjoy the precious moments with Baby T1.0. Mrs. T felt guilty that she was pushing Baby T1.0 away because it wasn’t feeding time yet. She felt that she wasn’t able to have a strong bond and connection with Baby T1.0 when he was a little baby. I felt guilty because I’d occasionally get mad at the little baby because he wouldn’t stop screaming.

The other day, Mrs. T had a revelation. She realized that whatever happened in the past, she cannot change. That boat has sailed long ago. She can either continue to dwell on the past and feel bad for herself, or she can look forward to the future and be responsible for what she can change and take action on. Our path in the past has already been written. The only thing we can do now is focus on the present moment and make decisions that will shape what our future path will look like.

With this revelation, Mrs. T felt relieved and free. She now looks forward to spending more time with both Baby T1.0 and Baby T2.0, so that they can make stronger bonds and build on the mother-child relationship.

By now, you’re probably wondering what the heck does this story have anything to do with personal finance and financial independence retire early?

We are about nine years into our financial independence journey. Looking back, I have made a lot of financial mistakes like listening to hot stock buying tips, investing in mutual funds and GICs, not asking for a higher salary earlier, chasing yields, not saving earlier,etcand so on, both before and after our financial epiphany.

For a while, I looked at these mistakes and questioned myself why I was so dumb to make these stupid financial mistakes. I should have known better. I should have done differently!

“If I had done X and Y differently, I would have had so much more money now…” I’d say to myself.

Oh, there are so many “what if?” questions!

Just like what Mrs. T was doing, I was dwelling on my previous financial mistakes instead of looking ahead and preparing for what’s out there.

The thing is, we all make mistakes. Mistakes happen and they are inevitable in life. Life is making a series of mistakes, learning from them, and becoming a better human being from these mistakes. Can you imagine what our lives might look like if everything was perfect and we never made any mistakes? We probably would complain all the time about how we wanted more adversities.

Stop comparing yourself to the past self. If you keep doing that, you will never move forward in your life. Get over the past mistakes, learn from them, and make decisions based on what you know today. If you make more mistakes, rinse and repeat!

12 thoughts on “Stop comparing yourself to the past self”

Hi there, I’m Bob from Vancouver Canada. Welcome to Tawcan.com, a Canadian personal finance and dividend investing blog that chronicle my quest for financial independence and joyful life. In 2011 my wife and I started dividend investing with the dream of living off dividends in our 40’s. Today our portfolio generates over $2,100 dividend per month which covers >50% of our expenses.

Through this blog, I want to demonstrate that it is possible to achieve financial independence as a single income family with two young kids while living in one of the most expensive cities in the world.