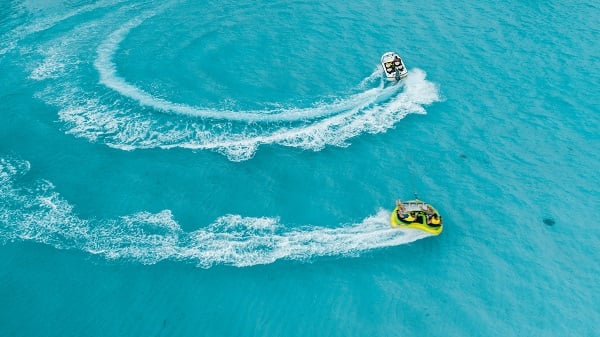 Before the kids were born, Mrs. T and I lived in a condo in Vancouver for a number of years. When Baby T1.0 was almost 1 year old, we moved from Vancouver proper to the house we live today, situated in one of the Metro Vancouver suburbs. While we lived in Vancouver, although we were very close to many things like concert venues, art gallery, performance arts venue, etc, we never went to a show. Because we lived so close to these venues, we always thought we could do it later. But later never came.

6 years ago, Mrs. T and I went to Italy for our honeymoon. We had always loved Italian food and loved the idea of signing up for an Italian culinary cooking class while we were in Tuscany. But when we looked at the price of the cooking classes, we had a price shock moment. The cheapest class was over 100 euro per person. Since we were trying to be frugalish on our honeymoon, we didn’t sign up for any classes. We told ourselves that we would come back to Italy again and take a cooking class later. Now over 6 years later, we have not been back to Italy. We still love Italian food but we haven’t had any authentic Italian cooking class experience. Deep inside, both of us regretted not taking the opportunity 6 years ago. Occasionally, we would talk about this missed opportunity.

After about a month of planning, this past weekend Mrs. T and I went on a 2-night staycation in Vancouver. My parents were nice enough to look after Baby T1.0 and Baby T2.0 for 2 nights. We booked a 2-night stay at JW Marriott Vancouver and were upgrade to a 1-bedroom suite thanks to my Marriott elite status. The idea of the staycation was simple. We wanted to have some time away from the kids, take care of ourselves, recharge, and work on our relationships without having to worry about the kids. To take full advantage of being in Vancouver, we bought tickets to World of Dance live 2018 tour and Moscow Ballet Nutcracker. Since neither of us have been to a dance show previously, going to these shows was an eye-opener.

While walking back to the hotel after the shows, Mrs. T and I started to talk about how we have changed in terms of how we spent money.

You see, years ago, we would have never spent over $250 per night to stay at a fancy hotel so we can recharge ourselves. We would have never bought tickets for 2 dance shows and spent close to $250 on the tickets.

The whole 2-day staycation ended up costing us close around $800. Years ago we simply would not have spent the money. We would have argued back and forth about whether to spend the money or not, and in the end, we would have decided to save the money and invest that money instead.

While Mrs. T and I are still very much focused on becoming financially independent in our early 40’s, we have come to the realization that we need to take things in balance. We have realized that money is just money. And sometimes, we need to spend the money while we have it and seize the opportunity.

Because if we don’t, the opportunity may never come again.

And because we can’t spend that money when we are dead. After all, we only have a set amount of time on Earth.

For example, the 12 day Maui vacation that we spent together earlier this year was one of the best vacations we had as a family. Although we travelled hacked our way there and saved over $10,000, we also spent quite a bit of money while there by renting a car, eating out at the different restaurants, taking tours, and attending a Luau show. It was absolutely amazing spending time with the two kids on the beach and just play on the sand, digging tunnels, playing in the ocean, checking out the different sights on Maui, and enjoying the different types of food. It wouldn’t have been the same experience if we were to wait for another 10 years before going to Maui together as a family. We would have a completely different experience. Vacationing with two young kids is a lot different than vacationing with 2 teenagers. As teenagers, Baby T1.0 and Baby T2.0 would probably want to do things on their own and probably wouldn’t want to spend as much time with their parents.

Kids grow up fast and it’s important to spend as much time with them as possible when they are still young.

So it’s OK to spend some money now, get that memorable experience, and enjoy the moment. Because if you don’t, you may never get the chance gain. And you may regret it for the rest of your life.

Dear readers, are there opportunities that you didn’t seize because you didn’t want to spend the money and now you’re regretting?

33 thoughts on “Spend the money while you have it.”