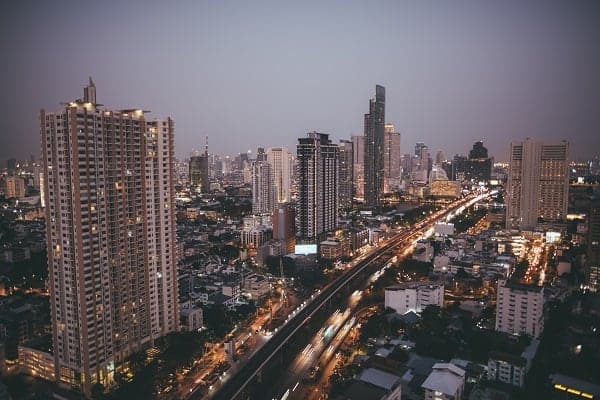 This is a fun post inspired by Jeremy’s post. While I haven’t travelled nearly as much as Jeremy and Winnie, after travelled to 20 countries so far, some of them multiple times, I have made a few laughable travel mistakes of my own.

As you may know, in 2004 I worked in Germany for 8 months. The very first trip I took, after arriving in Germany, was a quick weekend trip to Amsterdam with the other Canadian students that were working at the same company as me.

Being young, the night before all the Canadian students got together to have drinks. Between the 4 of us that drank (one didn’t drink), we ended up demolishing a couple crates of 0.5L beer and had to purchase more beers at the convenience store nearby. The one Canadian that didn’t drink packed it in around midnight and told us to meet him at the train station by 7:30 AM to catch the train.

Being “reasonable” the rest of us shut it down for the night around 2 AM (or was it 3 AM?). I was pretty drunk and stumbled my way back to my dorm room. Before going to bed, I set my alarm for 6:45 AM, remembering that we had to meet at the train station by 7:30 AM.

I woke up the next day with the alarm showing 7:30.

I nearly had a heart attack. I must had turned off the alarm without knowing.

I was going to miss my first very trip in Europe! Damn it!

in my clothes from the night before, I quickly grabbed my backpack to catch a tram to go to Hannover’s main train station.

Knowing I didn’t have much time, I tried to run to the tram station (about 5 minutes away from the dormitory), only to find that I would throw up if I tried to run.

I was still drunk!!!

So I walked briskly to the tram station, got on the tram, and prayed that I would show up on time.

I arrived at the train station at around 8 AM, thinking I had totally blown it. To my surprise, everyone was waiting for me. The person that organized the trip (the one that didn’t drink the night before), had anticipated us getting there late, so he built in a 45-minute buffer, and told us an earlier time arrive.

We all, except for the lone Canadian that didn’t drink the night before, fell into a deep sleep when we got on the train.

When I woke up later, finally somewhat sober, I realized that I had forgotten my passport. And the Dutch border police was about to board the train to check for identification!

When it was my turn, I gave the police my Canadian drivers license and told them about my drunken story. They just laughed and let me continued on my trip. Thank god!

On the way back, I pulled the same story with the German border police and they just shook their heads and told me to remember my passport next time.

A number of years ago, I went to with my parents and brother. Upon arrival, we went to a train station to pick up pre-booked train tickets.

Later that night, when my dad was about to pay for dinner with his credit card, he discovered the card wasn’t in his wallet. At first we all thought his credit card was stolen. But after some tracing back, we realized that we had forgotten his credit card at the train station earlier that day.

Luckily we had already gotten all the pre-booked train ticket. My brother and I were both carrying credit cards, so we paid for the stuff the rest of the trip. Crisis avoided!

Later on, my dad had to call the credit card company a few times to explain the silly mistake to get a replacement card.

The first time I went to Japan was for a last-minute business trip. I basically booked the plane ticket 3 or 4 days prior. Before leaving for the trip, I printed out the hotel address, thinking I’d be able to easily find it when I got to Tokyo.

When I got off at station F about 1.5 hours later, I realized that the Japanese train station was way bigger than I had imagined. This particular train station had 4 different exits (North, South, West, and East).

I had no idea where to go.

This was before Google Maps were available. So I went out one exit, walked around to see if I could find the hotel, went back to the station, tried the next exit, etc.

After an hour and trying all 4 exits, I still couldn’t find the hotel.

I asked a few people for directions but nobody could help me due to the language barrier.

It almost 9 PM at night. I was jet lagged and lost in Japan.

Solution? I tried all the exits again and at one point I saw a Caucasian walking around with a suitcase. I followed him, thinking he was probably going to the same hotel as me. My guess was correct! As it turned out, the hotel had a very small sign outside that I didn’t notice when I walked past it a couple times prior.

Echoing what Jeremy stated, travel mistake happens. It’s unavoidable, it’s part of the travel experience. Rather than beating yourself up for the mistakes and feel stressed out, relax and see how you can resolve it. When you look back later, these mistake often become the most part of your trip.

Dear readers, what are your best travel mistakes?

14 thoughts on “My Best Travel Mistakes”