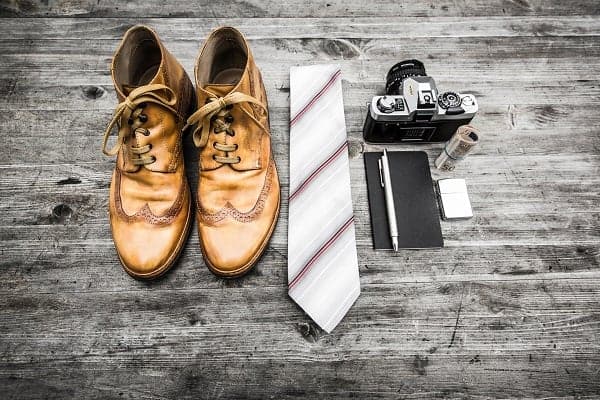 If you have been reading this blog for a while, you know that we are quite frugal. After all, we spent less than $45k CAN in 2016 (that’s around $34k USD, quite respectable when compared to Mr. Money Mustache’s $30k USD 2016 expenses). However being frugal doesn’t mean we don’t spend any money. Lately I have encountered a couple of events that I simply said “money well spent” and felt happy and content.

When Mrs. T was pregnant with Baby T1.0, we both signed up for the 25 year term insurance to make sure we are covered if the unthinkable was to happen. We talked about getting our wills done but never managed to do it. We went as far as sitting down with a lawyer to talk about our wills, getting all the documents that we needed to fill out, and getting a quote of $500 per person. I was a bit hesitant to spend over $1,000 for some legal documents.

Years went by. Baby T1.0 was born, I got Mrs. T pregnant (it was planned! 🙂 ), then Baby T2.0 was born. We still had no wills. Mrs. T kept reminding me that we had to get our wills done. I was again hesitant about paying a lawyer that much money. At the same time, I wasn’t sure who would be the suitable guardian, and who would act as our executor.

One day, Mrs. T was talking to one of the moms we know about having our wills done. As it turned out, this mom’s husband is a lawyer and was willing to give us a “friendly” rate. So we booked an appointment to see him, figured out what needed to be on our wills, and sent all the information to him. A few weeks later, after some corrections on the draft wills, we went back to the lawyer’s office to get the legal documents signed. The price turned out to be $500 + taxes, or $560 in total. Although it was still expensive, it was much cheaper than any other places that we have checked (one place quoted us $1,600). It was also good to know that the wills were done in such a way that we shouldn’t need to change them in the foreseeable future.

After 4 years, we finally got our wills done. Money well spent? Yes!

When Baby T1.0 turned one, we enrolled him in swim lessons. The company that runs these lessons offers customized, small-group or one-on-one lessons that allow students to learn to swim in 1/4 of the time of typical public swim lessons. At ~$40 per lesson, the lessons are quite expensive. Fortunately, these lessons were very effective. Baby T1.0 was very fond of swimming and loved spending time in the water.

When Baby T1.0 turned 2 we stopped swimming lessons for about 6 months due to schedule conflicts. We have heard that kids typically develop fear of water between the age of 2 and 3. Given that he loved swimming, we thought he would be fine.

When we started swimming lesson with Baby T1.0 again when he was almost 3, he would make a huge fuss about going to swimming. The first few lessons he would cry and didn’t want to go into the pool. But after 5 or so lessons, he was loving every minute of it.

Because I missed the show-and-tell classes and haven’t went swimming with Baby T1.0 in a while, I have not seen him swimming in person. The past weekend we decided to go to the pool and Baby T1.0 was very excited about showing me what he could do.

When we go into the pool, Baby T1.0 immediately put his head in the water and started swimming right away (with a floating belt). Later we took off the floating belt and he was swimming around with two swimming marshmallow sticks. He was swimming around without a life jacket and was having tons of fun. Just when we were ready to leave, Baby T1.0 decided to swimming to the stairs all by himself, without any floating devices. He managed to swim about 3 meters. I was stunned. Words couldn’t describe how proud and happy I was seeing how well my 3.5 year old son could swim.

Money well spent? Absolutely. We have enrolled Baby T1.0 for another set of lessons in the fall and Baby T2.0 will start as well.

These are two most recent examples that I simply told myself, money well spent. While it’s important to be frugal, spending money when it’s necessary is just as important. Although we have spent a large sum of money in the two examples above, in the long run, I believe both of them will worth every single penny.

Dear readers, do you have any occurrence(s) that you said to yourself “money well spent?”

Hi there, I’m Bob from Vancouver Canada. Welcome to Tawcan.com, a Canadian personal finance and dividend investing blog that chronicle my quest for financial independence and joyful life. In 2011 my wife and I started dividend investing with the dream of living off dividends in our 40’s. Today our portfolio generates over $2,100 dividend per month which covers >50% of our expenses.

Through this blog, I want to demonstrate that it is possible to achieve financial independence as a single income family with two young kids while living in one of the most expensive cities in the world.