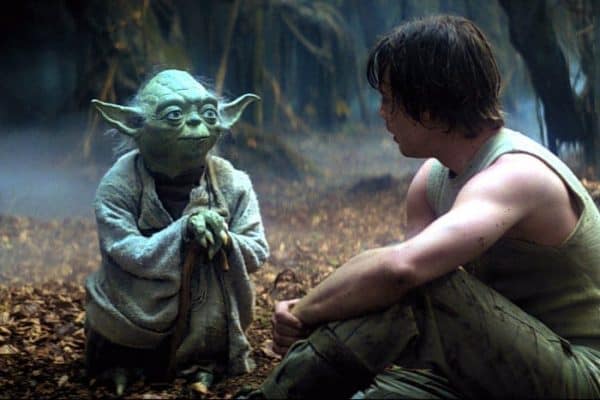 When Luke Skywalker started his Jedi training with Yoda, the following conversations caught my attention:

[Luke’s ship sinks into the mud]
Luke: We’ll never get it out now!
Yoda: So certain are you. Always with you what cannot be done. Hear you nothing that I say?

[Using the Force, Yoda effortlessly frees the X-Wing from the bog]
Luke: I don’t, I don’t believe it.
Yoda: That is why you fail.

How the heck does some cheesy dialogues between an 800 year old Jedi master and a ~20 year old student have anything to do with personal finance and financial independence?

Listening to what Yoda said during the training, I was reminded that…

On a completely side note, what sequence would you watch Star Wars? Rogue One followed by Episode IV, V, VI, VII, then I, II, III?  Or would you watch the movies in chronological order?

34 thoughts on “Lessons from Yoda”