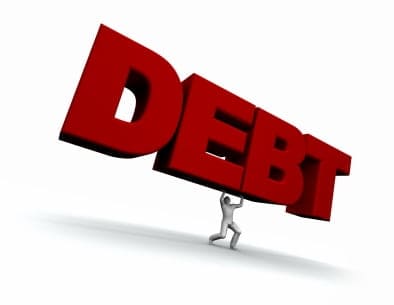 Andrew Allentuck from Financial Post publishes an article on family finance week where the retirement readiness of a Canadian family is evaluated. This week Andrew featured Jack and Marianne, a recently married young couple from Vancouver whom are in debt up to their eyeballs. This article caught my eyes because the couple live in the same city as us. It was quite interesting to compare their situation with ours. After reading the article, I was shaking my head and wondering how two very well educated people got themselves so far in debt. This is a good example why I believe that the current education system is failing us – the education system should teach kids about personal finances and basic investing knowledge before they enter university and need to manage their own finances.

Some quick run down:

Here’s Jack and Marianne’s monthly expenses and net worth break down:

It’s always interesting to see a household monthly expenses and net worth breakdown. Here are some of my thoughts on this debt-ridden young couple and how they can easily improve their current situation:

1. Reduce food expenses
The two of them manage to spend $2010 a month on food and eating out! The $970 of restaurant expense means they are probably buying lunch at work and eating out for dinner once or twice a week. One very easy way to reduce this restaurant expense is to bring your own lunch to work. On top of the restaurant expenses, the couple spends $1040 each month on grocery, that’s almost $35 a day for the both of them! They must be eating like kings and queens with that kind of food budget! Jack and Marianne should be able to easily reduce their food expenses by doing these 5 simple steps. By bring lunch to work 4 times week (this will still allow them to eat out with colleagues once a week) and making some simple changes on what they eat, I believe they can easily trim the food expenses by half. If they really work on it they should be able to have a monthly food budget of $400 – $500 a month. That means they will have around $1,500 saved for paying down debt.

2. Cut down the travel expenses
Right now Jack and Marianne are putting aside $1,000 each month for traveling. That’s $12,000 annually! Wow, that’s a lot of money to spend on travel leisure when you have over $400k of debt. Talk about having the wrong priority! While vacations are necessary, there are many cheaper options available that will cost less than $12k. Instead of flying half way across the world to Paris and eating foie gras and drinking expensive champagnes every night, look for cheaper vacation options. Maybe travel somewhere closer to Vancouver, for example Seattle, or even consider having a staycation in Vancouver. Even if Jack and Marianne decide to travel to Europe, like Italy for example, there are many ways to save money while in Italy.

3. Practice frugality – cut back on luxury items
Although Jack and Marianne are bringing home good income each month, they are wasting it away without saving much (remember, the $2,085 saving goes to paying off their wedding). Jack and Marianne can start practicing frugality by cutting back on many of the “luxury” items, such as entertainment, clothing & grooming, and phone/cable/internet. Do they really need to spend $250 a month on entertainment? I’m pretty sure this can be easily reduced by staying home and have entertainment at home. You can stay home and watch an old movie, invite friends over to play board games, or have friends over for a BBQ. Do you need to buy new clothes each month or get a professional haircut? What about getting Marianne to cut Jack’s hair? Can they reduce the phone/cable/internet bill by getting work to pay for their phones and not have cable at home?

4. Ask employers to pay for professional expenses
As an engineer myself, it was a surprise to see the $200 per month professional fee under Jack and Marianne’s monthly budget. I’m not quite sure what they are paying for. A professional engineer’s (P. Eng) annual fee is about $700 and typically any engineer company will gladly to cover this expense for their P. Eng employees. This is the case for me. At $200 per month, that means Jack and Marianne are paying $2,400 in professional fee each year. They definitely should explore whether their employers can cover this expense or not.

5. Accelerate debt repayment
If I were Jack and Marianne, I would take whatever money saved each month and pay off the student loans as quickly as possible. I would also try paying one or two additional mortgage payments each year if it’s allowed. This should allow them to be debt free much earlier.

6. Save more for retirement
Marianne has defined benefit pension through work but for some reason the pension value did not show up under their assets. This is perhaps a mistake in the article (mistakes seem quite common on these weekly series for some reason). Having said that, considering their age and their income level, the value of their RRSP’s and TFSA’s are pretty sad. By being frugal, reducing expenses, paying off debt quicker, Jack and Marianne should also focus their attentions on saving more for retirement. Start putting more than $300 a month into RRSP’s and start funding TFSA’s regularly. Ideally they should try to maximize their TFSA contribution limits if possible.

Comparing to Jack and Marianne, I think we’re very fortunate to be much further along on our retirement readiness. We are committed to a frugal lifestyle and invest as much as possible. Have a simple and frugal lifestyle will allow you to live below your means and allow you to have a happier, more joyful life.

What do you think about Jack and Marianne’s situation? Any tips that you want to share with them?

13 thoughts on “Financial advice for a debt-ridden Vancouver couple”